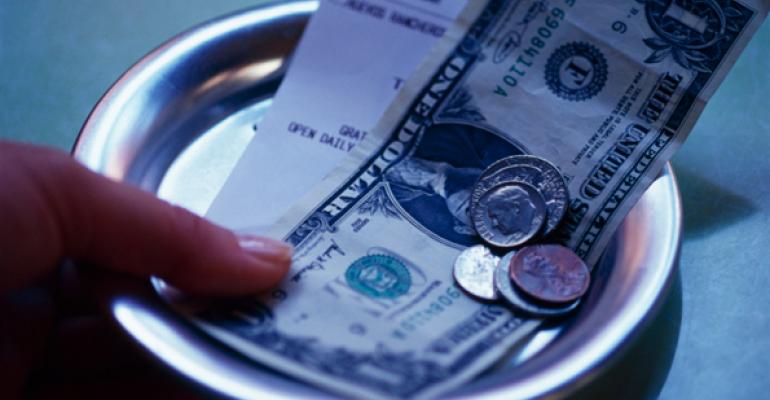 Weak traffic trends continued to plague the restaurant industry in April, though consumers appear to be spending more when they dine out, according to the latest NRN-MillerPulse report.

Same-store sales increased a less-than-robust 1.7 percent industrywide in April, slightly lower than the 1.8-percent increase recorded in March. Still, the two-year trend held steady at 3.5 percent, and if that trend continues, same-store sales will likely rise 0.7 percent for the year, the report said, which is within the projected range of flat to an increase of 1.5 percent for 2014.

As in past months, the primary concern continues to be traffic, which fell 1.8 percent for the industry in April for the sixth consecutive month of declines.

However, the report noted that consumers are spending more in restaurants and adding to their check averages with more soft drink and alcohol purchases, as well as appetizers and desserts. The industrywide average check rose 3.5 percent in April, an increase from 2.9 percent in March.

“This shows consumers are feeling better about their financial situation and the U.S. economy, but growth in average check is less healthy than growth in traffic,” said Larry Miller, founder and chief executive of the monthly MillerPulse report.

The fast-food segment showed the least damage, with guest traffic falling 0.7 percent. Same-store sales for the segment rose 3.2 percent in April, largely on an average check increase of 3.9 percent for the month. 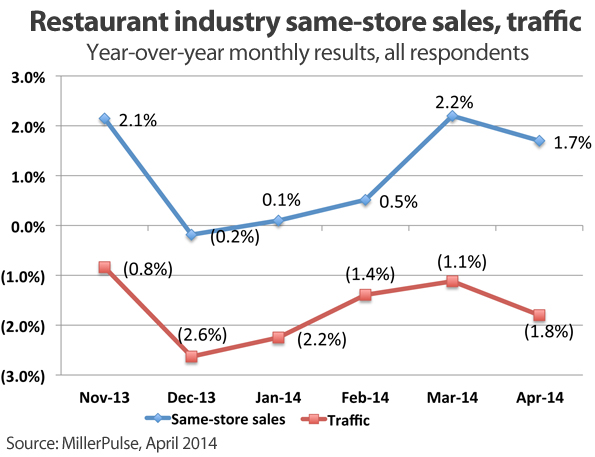 Fine dining was the only segment to see more guests, with traffic rising 1.3 percent and same-store sales climbing 7.7 percent for the month on a 6.4-percent average check increase. 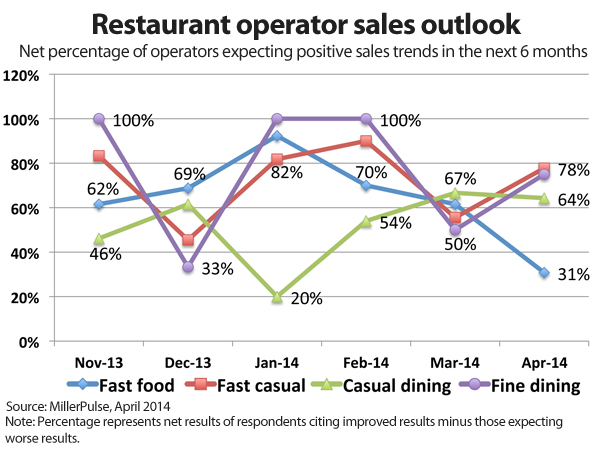 As one operator put it, “If consumers continue to shop the rest of the year as they are today, it’s going to be a good summer,” the report said.

Quick-service operators said they expect to run pricing of 2.1 percent over the next six months, compared with the 1.2 percent in price increases planned by full-service operators, who are seeing the weakest traffic trends.