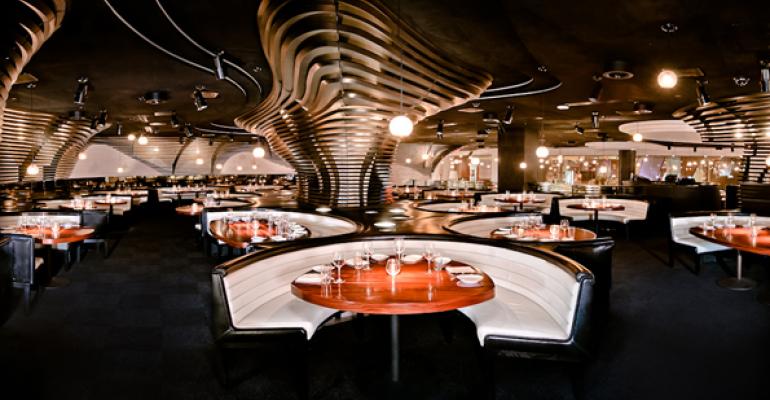 The ONE Group LLC, parent to the STK steakhouse brand and other upscale foodservice and hospitality brands, said Thursday it has entered a $44.3 million merger with Committed Capital Acquisition Corp., a shell company that then publicly sold shares of the high-end restaurant operator.

Under the deal, Committed Capital completed a private placement of 3.1 million shares of common stock at $5 per share, raising about $15.5 million. Those proceeds were combined with cash and cash equivalents of $28.8 million from Committed Capital for the merger, which has created a company operating under the name The ONE Group Inc.

The company is currently listed over the counter, but will register to trade on the Nasdaq Stock Market.

“[Founder and CEO] Jonathan [Segal] and his talented team have built a truly exceptional, category-leading hospitality brand from one restaurant in 2006 to a global company that will generate an estimated $125 million in systemwide revenue this year,” Committed Capital chair and president Michael Rapp said in a statement. “We believe The ONE Group’s strong unit economics, high-growth prospects and capital-light model will uniquely position the company in the capital markets and provide our investors with attractive long-term returns.”

New York-based ONE Group operates seven STK restaurants across the United States, in Los Angeles, Atlanta, Las Vegas, New York and Miami, as well as locations in London. An eighth location is currently under development in Washington, D.C., Segal said.

Going public will bring new capital to help the company grow STK around the world, as well as the company’s hospitality services division, Segal said.

The company is looking to open two to three STK units this year and next, and has set a goal of 25-percent unit growth over the next several years, he said.

STK is known as a chic, female-friendly steakhouse and lounge. In contrast to masculine, gentleman’s-club-style steakhouses, STK has aimed to reinvent the category with softer décor; a menu featuring small, medium and large steaks and plenty of seafood; and a bar in the center of the dining room to add energy.

“We like to joke that we took out the tie and we put in the girl,” Segal said. “On average, about 50 to 55 percent of our guests on any given night are women.”

Segal said STK’s menu prices are positioned “somewhere between Ruth’s Chris and Del Frisco’s.” But STK has the advantage of building check averages by keeping guests after dinner for more drinks, as the music gradually increases in volume and the restaurant shifts to a party scene.

“We tend to get two or three drinks more out of our guests,” he said. “We wanted to create an environment where the place you arrive is the place you stay.”

The average check at STK restaurants totals about $113, and average unit volumes for the 8,000 to 10,000 square feet restaurants top $11 million. About 42 percent of the sales mix comes from the bar, according to filings with the U.S. Securities and Exchange Commission.

The ONE Group also offers food and beverage hospitality services under contract to high-end hotels and casinos. The company operates restaurants, bars, banquet, catering and other services for properties such as the Gansevoort Hotel Group; Hippodrome Casino in London; ME Hotels; the Cosmopolitan Hotel in Las Vegas; and Starwood Capital’s Perry Hotel in Miami.

The STK brand is both a standalone brand and also combined with hospitality contracts. At the ME Hotel in London, for example, ONE Group operates an STK restaurant, as well as an Italian concept called Cucina Asellina, the rooftop lounge Radio, and a bar called Marconi. The company also handles food and beverage services for banquets and events, guest rooms and mini bars.

Typically, such partners provide up-front capital to bring STK locations into their venues, which reduces the company’s capital investment and enhances returns, according to SEC filings.

For the 12 months ended June 30, The ONE Group reported revenue of $112.1 million, which the company said was a 20-percent increase over the prior year, according to SEC filings.

Jefferies LLC served as exclusive financial advisor to The ONE Group for the deal. Stifel, Nicolaus & Company Inc. advised Committed Capital, along with Delavaco Group, which also participated in the transaction.