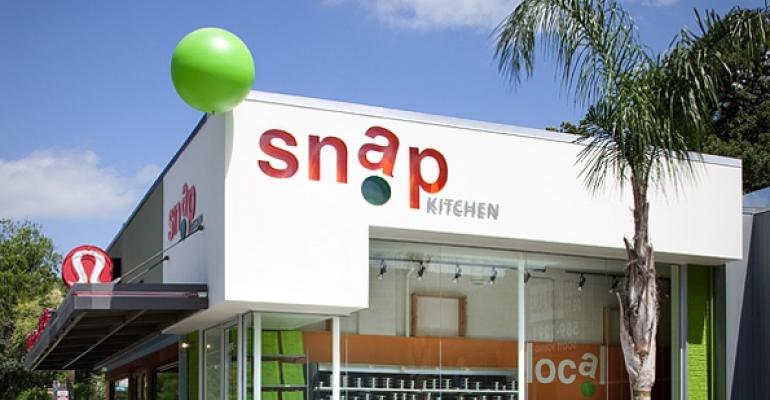 Terms of Greenwich, Conn.-based Catterton’s investment were not disclosed, but Austin-based Fitness Food Holdings Inc., a newly created parent for Snap Kitchen Investments LLC, filed Securities and Exchange documents in August for the sale of $13 million in securities.

“The funding will allow us to continue a thoughtfully aggressive growth strategy, and begin to build out a support structure for our stores,” said Martin Berson, who co-founded Snap Kitchen in 2010 with Bradley Radoff.

Snap Kitchen currently has six locations in Austin, Texas, and four in Houston. The company plans to enter the Dallas market in early 2014.

Berson said he and Radoff created Snap Kitchen when they saw “a fundamental shift” in convenience of meal purchases, especially those linked to diet, lifestyle, fitness and overall health.

“Our stores are 99-percent gluten-free,” he said. “We use just two gluten contaminants and keep them isolated, but we are in the process of eliminating even those.”

“We do all of our cooking and juicing at one of our kitchens,” Berson said.

The company has one kitchen in Austin, Texas, and two in Houston that supply the current and forthcoming locations. Five of the units in Austin are brick-and-mortar locations and the sixth is a mobile unit in a repurposed shipping container. Snap Kitchen also debuted a micro-site prototype in downtown Houston earlier this year, and Berson said the company expects to have two more full units open in Houston in the next few weeks.

A representative for Catterton Partners, which has numerous restaurant investments and has been mentioned as an investor in Chicago-based Protein Bar, said Snap Kitchen has a unique place in the market.

“Because Snap focuses first and foremost on great-tasting food made with great ingredients,” Farello continued, “it serves the needs and cravings of all health-conscious consumers.”