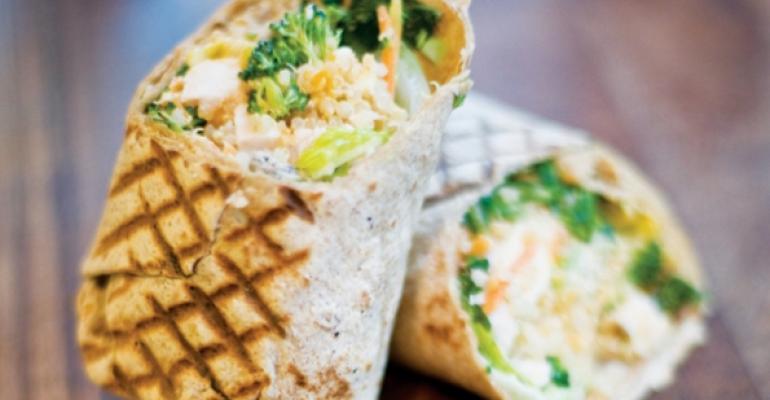 Terms of the deal between the Greenwich, Conn.-based firm and the Chicago-based chain were not disclosed. Though reports in early September pegged Catterton’s investment at about $22 million, neither party would divulge specifics.

“I’m staying on and expanding my role officially as a CEO, which will feel different for me because I always felt more like a founder [than the top executive],” Matros said. “But the new board members have a lot of expertise in different areas and are going to help me concentrate on growing the business.”

The plan is to grow Protein Bar through company-owned stores, he added, and the brand might be open to licensing agreements in the future for on-site and nontraditional locations in airports or college campuses.

Protein Bar was named a “Breakout Brand” this past January in Nation’s Restaurant News’ annual “NRN 50” special issue. The chain is known for offering healthful “Bar-ritos,” salads and smoothies.

He added that Catterton had “significant experience in helping to grow differentiated restaurant concepts and health-conscious brands,” including Core Power Yoga, Plum Organics and 10-unit restaurant chain Snap Kitchen, in which it invested last month.

“As consumers continue to struggle with trying to maintain a healthy diet in today’s time-pressed and hectic world, the demand for quality, healthy food options while on the run continues to grow,” Catterton partner Jon Owsley said in a statement. “Protein Bar delivers on what consumers crave: great-tasting food that is good for you, delivered quickly by friendly people in a hip, modern environment. Matt has a strong team with smart, creative ideas, and we look forward to leveraging our collective talents as we expand the concept across the U.S.”

Before its investment with Catterton was finalized, Protein Bar announced that it would expand to a third market: Denver.

Matros added that another front in the chain’s growth strategy would begin with its next two openings in its core markets of Chicago and Washington, D.C. While Protein Bar began in 2009 as a downtown, urban concept, the next two units will open in more residential neighborhoods, including Chicago’s Lincoln Park and the District of Columbia’s Farragut Park.

“This tells me that we’re just in the first or second inning of the healthy-eating game,” Matros said. “Catterton sees the potential in the healthy-food space and that we’re a brand able to create a category. Now, with their backing and expertise, I think we can put the foot on the gas and do what Starbucks did for specialty coffee.”