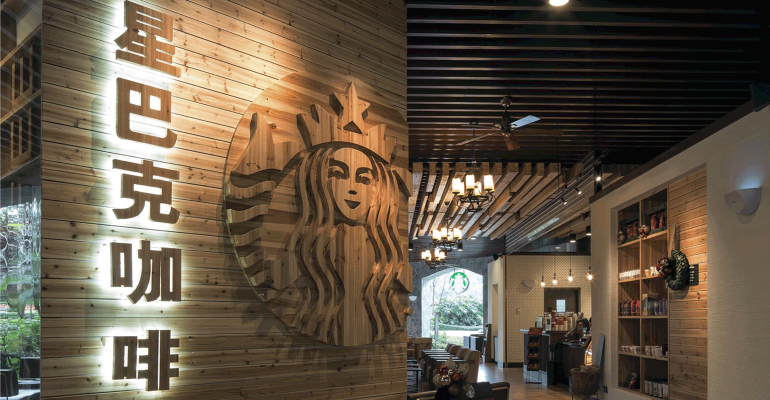 Starbucks Corp. on Thursday said it has agreed to acquire the remaining 50 percent of its East China joint venture in a $1.3 billion deal that will give the company full control over 1,300 locations in the fast growing market.

“Unifying the Starbucks business under a full company-operated structure in China reinforces our commitment to the market and is a full demonstration of our confidence in the current local leadership team,” Kevin Johnson, CEO of Starbucks, said in a statement.

Starbucks is buying the market from its joint venture partners, Uni-President Enterprises Corp., or UPEC, and President Chain Store Corp., or PCSC.

Those two companies will acquire Starbucks’ 50 percent interest in Starbucks joint venture in Taiwan for $175 million. The Taiwan joint venture operates 410 locations in the country.

Johnson called the two companies “highly-recognized local operators” and called the deal “a critical next step as we advance our multifaceted China growth strategy for long-term profitable growth in Asia.”

China is a critical frontier for numerous restaurant companies as they look to expand globally, thanks to its immense population and its rapidly growing economy.

Yet Starbucks is going in a different direction than some of its quick-service peers by taking control of its restaurants there, rather than selling them or spinning them off to franchisees. McDonald’s Corp., for instance, is nearing a deal to refranchise its China-Hong Kong operation. That follows Yum Brands Inc.’s spinoff of its China business last year.

East China is an important market for Starbucks in China. The locations are in Shanghai, Jiangsu and Zhejiang provinces. Shanghai has 600 locations — the largest number of Starbucks locations in any one city in the world.

Starbucks plans to open its ultra-premium Starbucks Reserve Roastery in the country in December of this year.

“Full ownership will give us the opportunity to fully leverage our robust business infrastructure to deliver an elevated coffee, in-store third place experience and digital innovation to our customers and further strengthen the career development opportunities for our people,” Belinda Wong, CEO of Starbucks China, said in a statement.