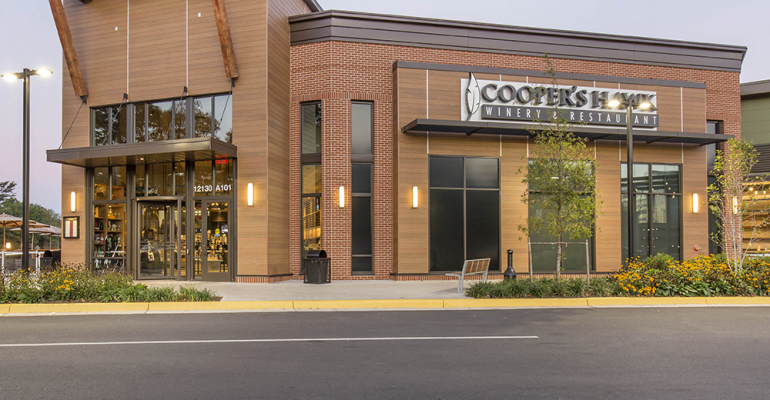 Causal-dining chain rumored to be sold for $700M

Cooper’s Hawk Winery & Restaurants, one of the fastest-growing casual-dining chains, has reportedly reached a sale agreement with private equity firm Ares Management, according to Mergermarket. The financial media company cites two sources, both of whom said the private equity firm would pay $700 million to buy the chain entirely. Cooper’s Hawk and Ares declined to comment for the story.

“It’s not just dining,” CEO Tim McEnery, told NRN in 2018. “It’s not just going to have a drink at a bar; it’s very social; it’s very interactive, and people have really seemed to cling on to it. If you look at our P&L, it’s a heavy-duty restaurant operation, for sure. We also sell millions of dollars of wine and merchandise out the front door as well. I think it absolutely is a lifestyle brand. It’s everything.”

In the latest reported year, the chain reported sales of $282.3 million, up 16.7% from the preceding year, according to NRN Top 200 data. Adjusted average reported unit sales increased in each of the past three years, from $8.4 million in fiscal 2015 to $9.1 million in the latest fiscal year 2018. In the latest year, Cooper’s Hawk had 35 restaurant locations.

According to McEnery’s 2018 interview, the wine club had over 300,000 members, many of whom come to their local Cooper’s Hawk restaurant to pick up their bottles each month, and those customers spend an average of $30 per visit.

“I think wine drinkers tend to be little bit more loyal to their brand than beer drinkers, so by working with that group you might have a built-in advantage to marketing and loyalty programs,” he said in the interview. “Once you find a great label that you like, or you find the brand you like and trust or you find a curator you trust, you’re loyal.”