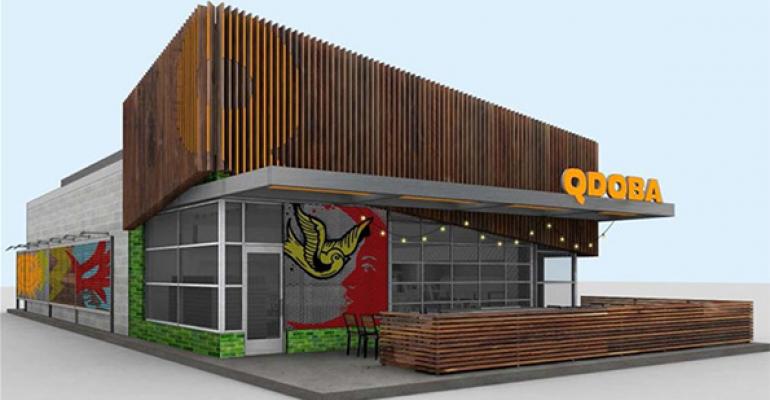 Jack in the Box’s Qdoba quandary

Blog: Here's why the company might sell its burrito chain

Late yesterday, Jack in the Box Inc. said it is looking at alternatives for its Qdoba Mexican Eats concept.

Typically, that means it’s up for sale.

And there’s something to be said for that strategy. Years ago, burger chains couldn’t get enough of fast casual burrito — McDonald’s Corp. and The Wendy’s Co. each invested in burrito concepts. Both ended up spinning them off or selling them as they sought to concentrate on their original concept.

Jack in the Box and Qdoba operate two different types of concepts. Jack in the Box is primarily a franchise-run, quick-service operation. The company operates 82 percent of Jack locations and is selling more to franchisees.

Qdoba is a fast-casual burrito chain in which the company operates 53 percent of its locations.

In general, multi-brand companies are more likely to succeed when the brands they operate employ similar business models. Yum! Brands Inc. franchises the vast majority of stores in its three brands. Restaurant Brands International Inc. does, too. Darden Restaurants Inc. is a company-operated business.

Having one brand that mostly franchises, and one that is mostly company run, doesn’t fit that model.

Or has it? Jack trades at about 12.5 times earnings before interest, taxes, depreciation and amortization, or EBITDA. That’s lower than The Wendy’s Co. and McDonald’s Corp., both of which trade at multiples of around 15, or Yum Brands Inc., which trades at about 17.

Theoretically, Qdoba could refranchise most of its remaining units, much like Jack in the Box did, which would enable both brands to concentrate on the business of franchising.

But the bigger problem has been Qdoba’s sales problems. The fast-casual burrito chain has long lived under the shadow of its competitor, Chipotle Mexican Grill Inc., and the latter’s massive sales problem in 2016 provided little assistance.

Qdoba in 2013 closed 67 locations and seemingly figured things out. The company got a major sales boost in 2015 when it shifted its menu pricing strategy. The chain was seemingly poised for a surge late that year when Chipotle suffered a series of foodborne illness outbreaks.

Yet Chipotle customers didn’t rush to their nearest Qdoba. The chain’s same-store sales averaged less than 1 percent over the five quarters when Chipotle’s sales were down.

And then in the quarter ended April 16, same-store sales fell by 3.2 percent, including 5.9 percent at company locations (which could provide some fodder for a refranchising strategy regardless of whether the chain gets sold).

Qdoba’s average unit volumes remain about half of what they are at Chipotle. And the chain operates less than a third of Chipotle’s nearly 2,300 locations.

And Qdoba’s profits have taken a serious hit. Restaurant margins last quarter were just 13.5 percent — down from 18.3 percent in the same period a year ago. Lower sales and higher costs took their toll.

Restaurant operating margins at Jack, by comparison, were 19.7 percent.

Buyers would definitely line up for Qdoba, especially given the potential to refranchise locations. And fast-casual chains still draw interest — even though sales for that sector have struggled of late.

Fast casual same-store sales last quarter averaged a decline of 1.8 percent. The sector’s sales issues have become so troublesome that an owner of a traditional, quick-service burger chain wants to unload its fast casual chain over concerns about valuation.