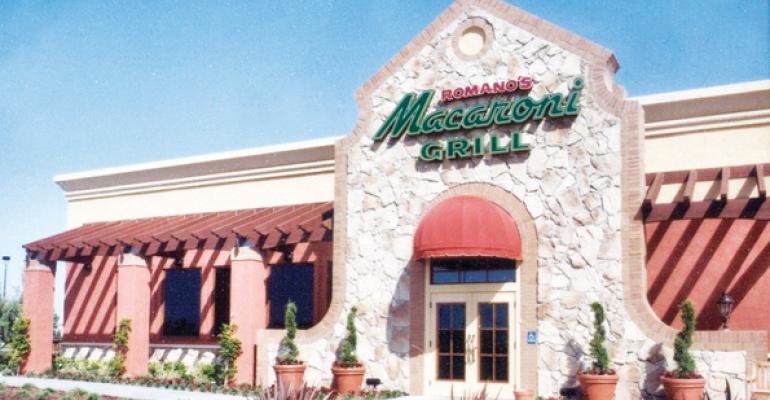 Houston-based Ignite, which also owns the Joe’s Crab Shack and Brick House Tavern + Tap brands, said it will receive about $8 million in cash, prior to transaction-related costs. The deal is expected to close in 30 days.

Ignite acquired the then-210-unit Macaroni Grill chain from Golden Gate Capital for about $55 million in April 2013, but it encountered struggling sales and has closed a number of locations or converted them to its other brands. As of the end of the third quarter, on Sept. 29, Macaroni Grill had 167 units.

“We continue to believe in the underlying strengths of the Macaroni Grill business. Unfortunately, the brand was unable to deliver, in a timely manner, on the milestones we established,” Ray Blanchette, Ignite’s CEO, said in a statement Tuesday.

“As a result, we decided that it was in the best interest of Ignite and our shareholders to sell the brand,” he continued. “The divestiture of Mac Grill will enable us to focus our resources on building momentum at Joe’s Crab Shack, while growing Brick House Tavern + Tap.”

The company did not comment further, other than to say that Ignite executives would discuss the transaction during its fourth-quarter earnings call, scheduled after markets close on Thursday.

In the past few months, the Ignite division quietly closed a number of Macaroni Grill restaurants, including all five of its locations in the Missouri market.

John Gilbert, president of Macaroni Grill, said at that time that “Mac Grill, as most brands do, has been closing isolated underperforming restaurants as the leases come up for renewal.”

Last fall, the company added a fast-casual Kitchen Counter format in modified areas at most units, providing a faster and less expensive alternative at lunch, and then, just this month, at dinner.

The company had struggled with turning the brand around, something executives acknowledge just months after buying the Italian casual-dining concept.

“Quite frankly, I think we were a bit arrogant,” Blanchette said during an August 2013 earnings call with analysts. “And that's the piece that's a little embarrassing.”

Blanchette told analysts that Macaroni Grill’s same-store sales had declined about 5 percent in the months leading up to the signing of a letter of intent on Feb. 6, 2013.

“From February through April 9, when we closed on the business, comp sales deteriorated to negative 11.5 percent,” he said. “While there was no secret to us that Macaroni Grill sales had been challenged for an extended period of time, the pace of deterioration in the first quarter was significantly greater than we had anticipated, and we felt that we needed to act very quickly.”