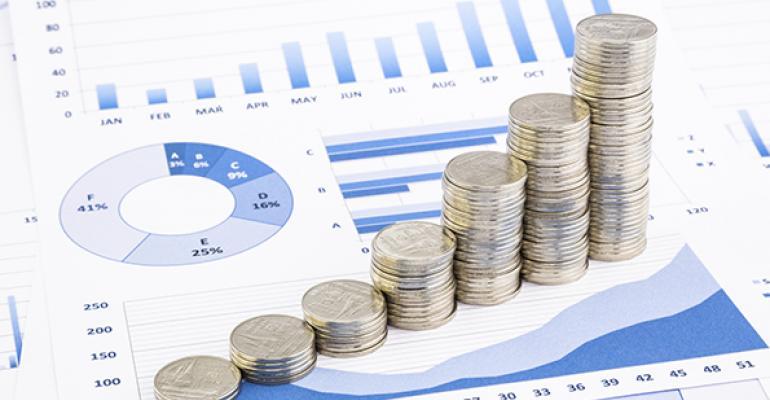 High prices in the restaurant space might actually be slowing activity

The merger and acquisition market so far this year is booming, with giant deals involving billions of dollars and well-known names in vogue. According to the Wall Street Journal, M&A is on pace for the second biggest year in history thanks to rising optimism and low interest rates.

In theory, the restaurant industry should be the same, as historically high prices for restaurants have driven a lot of merger and acquisition activity in the space. But take a deeper look at the state of buying and selling and the answer is more complicated.

High prices in the restaurant space might actually be slowing activity.

First, many of the deals in the space right now are for franchised units. Yes, they are trading at historically high multiples, but those multiples remain cheaper than what it takes to buy a restaurant brand. In addition, many of the sellers are franchisors like Wendy’s or TGI Fridays — each of which are refranchising — and there are many an eager buyer who can make a few changes to turn the restaurants more profitable.

The deal flow for brands, on the other hand, appears to be slow so far in 2015. And the high prices for chains might be keeping that pace from picking up.

“It’s an expensive market,” said Brad Swanson, managing director for investment banking with KeyBanc Capital Markets. “That’s kind of increased expectations for sellers. It makes it harder for buyers to approach the industry.”

“M&A is a little slow,” he added. “There’s not a lot of product in the pipeline.”

The market is bifurcated. It’s strong if you’re a big franchisee of a well-known brand with a market controlling position. It’s strong for high-growth chains. For everybody else, the market is weak. Some of that weakness is driven by high expectations for sellers. In some cases there just aren’t buyers out there.

In addition, strategic deals involving mergers of restaurant companies are unlikely. Sure, last year 3G Capital-owned Burger King purchased Tim Hortons in a massive deal, and the successor company, Restaurant Brands International, could well buy another brand one day. DineEquity may be looking for a brand and Buffalo Wild Wings has made some investments in emerging concepts. But such strategic deals are rare and in the restaurant business are difficult to predict.

And given most stocks’ strong performances, many restaurant executives would be hesitant to enter into such deals. “Public company stocks are priced toward perfection,” Swanson said. “Why would you risk a massive acquisition of equals or size and put your stock under pressure?”

Owners of growth chains, meanwhile, can simply take their concepts public. Thanks to new federal rules that encourage smaller company initial public offerings, chains that previously might have been sold — like, perhaps, Habit Restaurants and Shake Shack Inc., or even Bojangles Inc. — are instead going public. Investors are so eager to put money into those chains that the multiples are almost impossible for a private equity group to match.

“We’re a little surprised the [IPO] queue isn’t a lot longer,” Swanson said. “Some people just want to wait until 2016-2017. But the markets are wide open. People should be planning at least to get in the queue.”

Buyers, both private equity groups and strategic buyers, are instead looking at smaller, growth chains that might not be ready for the public markets.

Strategic buyers looking at growth concepts might take the route taken by Buffalo Wild Wings, which has invested in newer, smaller brands like PizzaRev and Rusty Taco that are relatively cheap, making it a lower risk.

“The market is paying for growth,” Swanson said. “But people have to invest early and put their chips on the table.”

The flip side of this coin is for concepts that aren’t performing. At the extremes are valuations paid for Roy’s Restaurants [$10 million] and for Romano’s Macaroni Grill [$8 million].

Turnaround stories are challenging. In a market in which sales are stronger, such struggling concepts appear particularly weak. And buyers don’t have the patience to get them on the right track. Companies that in the past have taken chances on turnarounds, such as Sun Capital, seem to have backed off. That has left the market largely to distressed debt buyers and other specialists that pay real low prices.

There’s also a problem for chains that Swanson calls “tweeners,” those concepts that are growing modestly. Sellers looking at the high multiples being paid for other concepts might have high expectations in those cases, which could slow down deals and force those sellers to look at other options.

“It’s a three-tier market,” Swanson said. “Public exits are open and strong. Private equity is paying for growth. Then you have the next tier, which are doing OK, but expectations are high. Those deals are hard.

“And then you have turnarounds,” he said. “Private equity is not as interested in that dynamic as maybe they once were.”