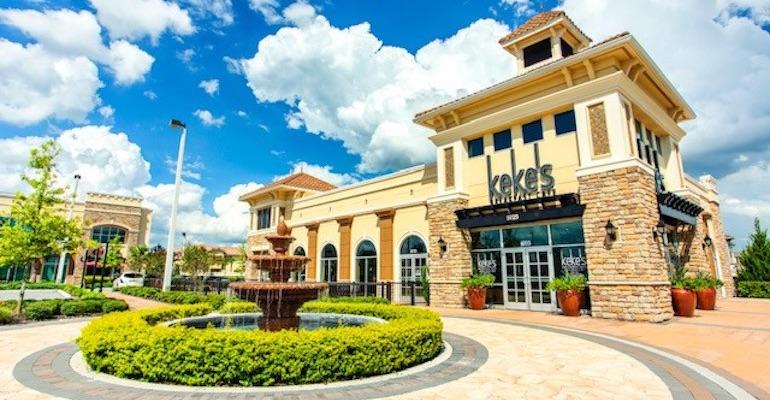 Denny’s sees Keke’s giving it a foothold in the expanding A.M. eatery segment

Denny’s Corp. expects its impending acquisition of the 52-unit Keke’s Breakfast Café brand to give it a foothold in the burgeoning A.M. eatery segment and provide a franchising vehicle that’s more upscale than its family-dining brand – what executives called a “Lexus-Camry” franchising strategy.

The Spartanburg, S.C.-based family dining concept, with more than 1,643 units, announced on May 3 that it had agreed to acquire the Orlando, Fla.-based Keke’s for $82.5 million.

“This is an exciting opportunity to participate in the fast-growing A.M. eatery segment through a complementary brand that we believe our experienced team can develop across multiple states with the goal of becoming the A.M. eatery franchisor of choice,” said John Miller, Denny’s CEO, in an earnings call for the March 30-ended first quarter.

The A.M. eatery segment has seen growth with such brands as the Bradenton, Fla.-based First Watch Restaurant Group Inc., which went public in October 2021, Denver-based Snooze A.M. Eatery, Spartanburg, S.C.-based Eggs Up Grill and others.

Robert Verostek, Denny’s chief financial officer, said Keke’s, which was founded in 2006 in Orlando, posts average unit volumes of about $1.9 million across its 44 franchised and eight company restaurants, “with company margins in the high-teens to low-20% range.”

Miller, who also announced that the CEO reins would be transferred to Kelli Valade in June, said Denny’s intended to use “the proven capabilities of our franchise-focused business model to develop Keke’s across multiple states."

Miller said the Keke’s brand is in a category “frequently used by Millennials and Gen Z families with kids whose household income levels skew above $75,000.

“And Keke's entree prices are approximately 20% higher than Denny's and their locations are in different trade areas, resulting in very low risk of guest cannibalization from Denny's,” he said.

Miller said Keke's and Denny's will operate with independent leadership teams and both would report into the CEO.

Verostek said the planned $82.5 million acquisition would be funded with cash on hand as well as Denny’s revolving credit facility, this purchase price represents a multiple of approximately 12 times Keke's earnings before income tax, depreciation and amortization.

Miller said the traditional Denny’s brand, founded in 1953 in California, competes as an all-day diner with scale.

“We're a scaled brand that's going to continue to grow and improve and modernize,” he said, but the A.M. eatery segment “is a hot category.”

Miller used a “Lexus/Camry analogy,” saying the Keke’s addition appealed to franchisees who might want to expand in trade areas where higher-income demographics might demand an elevated experience.

At Denny’s, he added, “we have value-based products and lower pricing at what those neighborhoods bear -- different plate wear, different finish detail, different expectations.”

“So benefit No. 1 is they don't have to go as far from home or have as many other brands in their portfolio if they are multiple-brand franchisee,” Miller said. “To expand, they've got a trusted franchisor. I think many of these folks prefer doing business with the Denny's Way.”

“But support services, there are some synergies and benefits to having a very expert development and franchising group that we have here at Denny's, to having a world-class technology support group, tax and treasury, HR compliance,” he said. “There are a number of areas where we have expertise and scale and top industry talent that can support the small and emerging brand. Procurement will be independent at launch.”

Denny's Corp., as of March 30, had 1,634 franchised, licensed, and company restaurants around the world including 153 restaurants outside the United States.