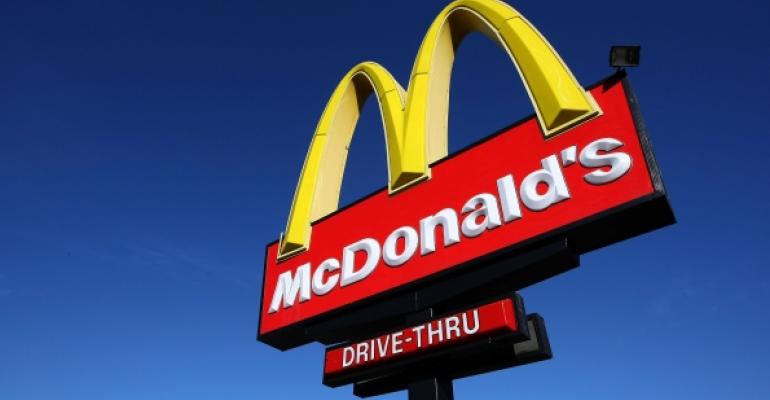 Could McDonald’s make a deal?

Blog: Burger giant isn't interested in buying another company, but it could target technology

Don’t expect McDonald’s Corp. to go the way of Burger King by buying additional brands in its search for growth.

But also don’t discount the possibility of the Oak Brook, Ill.-based giant using some of its cash to make a purchase that could help the company’s restaurants grow.

He said the company would consider, if the opportunity arose, purchasing intellectual property or technology that could be adapted to the chain’s global restaurants.

“If we were to see an acquisition opportunity where we could spread across 36,000 restaurants quickly, that is the classic way of bringing the greatest benefit to the most people in a short time,” he said.

“All we’re saying is that we’re curious. We’re open-minded. There’s nothing more to be said.”

A number of restaurant chains acquire companies to get at technology or talent they could use to enhance their concepts. Subway did so last year, when it purchased a Canadian e-commerce team. Starbucks has routinely acquired tiny brands that sell food or beverages to bring those brands into its coffee shops.

Such deals aren’t as exciting as, say, Burger King owner Restaurant Brands International Inc. paying 21 times cash flow for Popeyes Louisiana Kitchen Inc. Yet brand-enhancing deals might make more sense for a company of McDonald’s size because, frankly, not many acquisitions could move the profit needle.

“There are not many businesses out there that we could add to our existing organization that would really make a major difference,” Easterbrook said. “If we get 1- to 2-percent sales growth off of 36,000 restaurants, that dwarfs the contribution from the majority” of restaurant companies.

McDonald’s ended up selling all of those concepts and concentrated on its flagship, a move that is widely considered to be one of the catalysts for its decade-long run of growth that ended in 2013 — though it’s worth noting that one of the concepts it invested in was Chipotle Mexican Grill Inc., which was taken public in 2006 and, well, has been quite successful.

The company believes it remains the best strategy to concentrate on that brand and find ways to bolster sales, in particular regaining traffic lost in the past four years. The company has lost 500 million transactions since 2012.