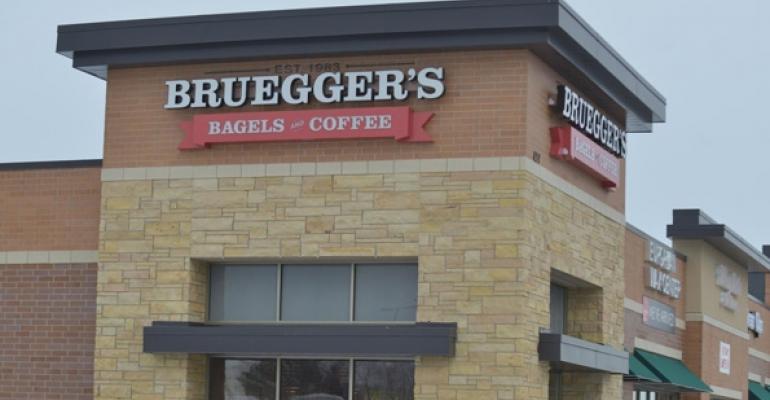 Bruegger’s Bagels to be sold to Caribou Coffee

Le Duff America is nearing a sale of Bruegger’s Bagels to Caribou Coffee as it seeks to concentrate on expanding its French concepts in the U.S., the company said Thursday.

Terms of the deal were not disclosed. The sale would add yet another breakfast concept to the massive number of holdings of Caribou Coffee parent company JAB Holding Co., which owns the bagel concept Einstein Noah Restaurant Group and Panera Bread Co., which it acquired earlier this year.

The sale is expected to close by the end of September, the company said.

Dallas-based Le Duff America, the U.S. subsidiary of Rennes, France-based Groupe Le Duff, acquired Bruegger’s Bagels from Sun Capital Partners in 2011. The company has opted for a more franchise-focused strategy in the U.S.

The company said it is nearing the completion of the first refranchising phase of La Madeleine French Bakery & Café, which it announced in March. This week, Le Duff America said it planned to expand its global French concept, Brioche Dorée, and named Julie Hauser-Blanner as the brand’s U.S. president. In January, Le Duff America named Olivier Poirot CEO.

“We are ahead of plan in our asset-light strategy to dramatically grow our company over the next decade,” Poirot said in a statement. “The recent transactions strongly reinforce our balance sheet and shift our mindset so we can focus on our French heritage brands.”