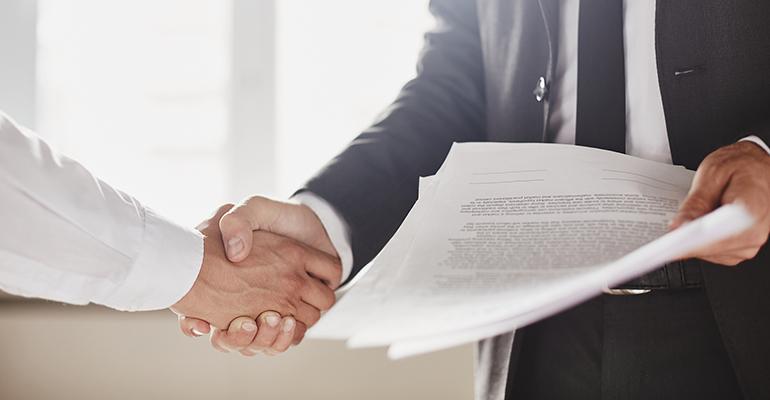 The biggest restaurant deals of 2016

Plenty of money flowed into restaurants, but IPOs remained elusive

Say what you will about the restaurant industry’s challenges — labor costs, weak sales and so on — but none of that appears to be keeping investors from putting money into restaurants.

Numerous restaurant chains changed hands in 2016, and many small and mid-sized concepts received dollars from investors looking for growth. With concerns in just about every other consumer sector, investors saw restaurants as a haven, free of the worry that the Internet will some day render the business moot.

But that freeflowing investment wasn’t broadly felt. The year passed without an initial public offering in the U.S. for the first time since 2009.

Weak performance among restaurant chains on Wall Street in the first part of the year, along with skepticism among investors over some of the prices newly public chains were fetching, kept many companies from testing the markets. The biggest deal was not even an acquisition. In October, Yum! Brands Inc. spun off its China division.

The spinoff represented a major step for Yum, which debuted in the rapidly expanding Chinese market with a KFC restaurant in 1987.

Yum mostly franchises KFC, Taco Bell and Pizza Hut restaurants, but operated company-owned units in China. The company was under pressure to change its strategy in recent years, as its quickly growing China operations weakened amid concerns of recession and food safety.

After the spinoff to Yum shareholders, Yum China is now a franchisee of Yum! Brands Inc., with a market cap of about $10 billion. Yum is a pure-play franchisor worldwide. There were two other sizable deals this year: In September, Roark Capital Group acquired a majority stake in the Jimmy John’s sandwich chain.

In recent years, Roark has added a strong cache of concepts to its portfolio, including Arby’s and CKE Restaurants Holdings Inc., the parent to Carl’s Jr. and Hardee’s. Jimmy John’s had been slated for an initial public offering before backing out and selling itself instead. The deal gave Roark a growing company with more than 2,500 locations and $2 billion in system sales.

A major theme in deals this year was the influx of foreign money into domestic restaurant chains. No one has been a bigger buyer from overseas than JAB Holding Co.

There are now rumors swirling that JAB could take on an even bigger target: Dunkin’ Brands Group Inc.

Another interesting deal came from Thai Union Group PLC, a Bangkok-based seafood supplier, which in October acquired a minority stake in Red Lobster from Golden Gate Capital for $575 million.

A few other deals caught our attention in 2016.

In April, TravelCenters of America Inc. acquired the 50-unit Quaker Steak & Lube chain out of bankruptcy. On its own, TA operates 780 restaurants inside its travel centers, but didn’t acquire Quaker to bring the brand there. In June, Pieology Pizzeria acquired Project Pie in what many saw as the start of the inevitable shakeout of the burgeoning fast-casual pizza segment, which is loaded with competitors vying to stake their claim.

“I have long said that consolidation was the future of the fast-casual pizza segment,” Pieology CEO Carl Chang said at the time.

Probably the biggest mergers-and-acquisitions story of 2016 was that investors continued to go small.

In recent years, private-equity groups have been investing in ever smaller concepts, hoping to hit a home run by finding the next big restaurant concept. That continued in 2016, but this year, private equity was joined by other investors looking to make the same type of deals.

How small? The owners of six-unit Crushed Red got their first call from prospective investors when they had just a single, six-month-old location.

One of the biggest investors this year was Panda Restaurant Group Inc., which has invested in Just Salad, YakiYan, Ippudo and the fast-casual chain Pieology, along with Japanese baked goods concept Uncle Tetsu. Panda founders Andrew and Peggy Cherng also bolstered their Cherng Family Trust Office, signaling the inevitability of more potential investments.

Such deals were difficult to keep up with. But numerous growth concepts, especially fast-casual growth concepts like salad chains, received millions of dollars from private-equity firms, family offices and other investors looking to make a buck.

All of these chains are adding locations and customers, and potentially taking business from the big chains that get the most attention.