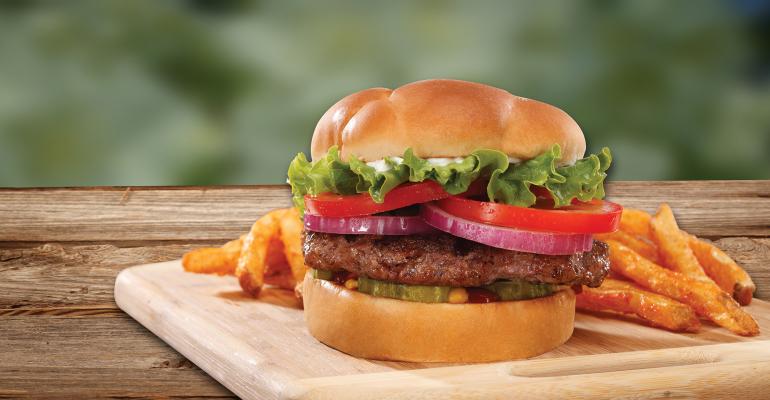 Axum Capital Partners has acquired a controlling stake in the 55-unit burger chain Back Yard Burgers from Pharos Capital Group, LLC, the company said on Monday.

Terms of the deal were not disclosed, but the company in a statement on Monday said that the sale should help the Nashville-based chain accelerate its growth.

“Partnering with Axum creates an exciting opportunity for our dedicated franchise partners and loyal team members to reach the next level of success,” CEO David McDougall said in a statement. “”We’re well on our way to becoming the market leader in our category, and we’re thrilled to be working with Axum’s experienced leadership team.”

The deal represents a significant milestone for the chain, which has been working on a turnaround after its post-recessionary decline and subsequent bankruptcy.

Lattimore Michael founded Back Yard Burgers in 1987. At its peak, the chain had 180 locations and was considered a pioneer in the fast-casual better burger space that has exploded over the past decade.

Yet as competitors flourished, Back Yard Burgers struggled. The chain had been a public company for much of its history before private equity firms Pharos and Cherokee Advisors took the chain private. In 2007.

The company struggled during the recession and filed for bankruptcy in 2012. At the time of the filing it had 85 locations.

McDougall joined the chain in 2013, when it quickly emerged from bankruptcy. He began focusing on improving franchise relations and unit economics. The company currently has 32 franchised locations and 23 company-owned units in 11 states.

Axum said it would work closely to strengthen Back Yard Burgers’ competitive position and execute its growth strategy.

“David and his team have made great strides and we are pleased to support their next phase of growth,” Edna Morris, Axum’s managing director, said in a statement. “The better burger category remains strong, and Back Yard Burgers is poised for growth.”

Axum is a Charlotte-based private equity firm that targets businesses with less than $100 million in revenue in the restaurant and education sectors. Its portfolio currently includes the chicken wing chain Wild Wing Café.

“What I love most about Back Yard Burgers is the food,” Muhsin Muhammad, Axum managing director, said in a statement. “It has the best tasting burgers, and we are looking forward to being part of its future success.”