Sourdough bread has long provided a halo of artisanality to menu items, and sandwiches made with it, often at a premium price, tend to cycle on and off of menus. This had been going on before the brief period early in the pandemic when many home cooks took to baking the bread on their own (often with results that were, at the very least, photogenic). It is unclear whether this has added to or detracted from the bread’s appeal, or whether it has had no effect at all. But the trend continues with this item at Farmer Boys, which also has a more recent trendy element: a cheese crust. In this case it’s Parmesan on sourdough sandwiching a burger patty, bacon, cheese, smashed avocado, green leaf lettuce, grilled onions and Thousand Island dressing. It’s $6.49 for a ¼-pound patty and $8.49 for a ½-pound patty and is slated to be on the menu through June 6.

Mochi is a product made from glutinous rice in Japan that in the United States is often seen as a coating for ice cream balls, giving a chewy outside to a frozen dessert. But that texture is becoming widespread in doughnuts, too, such as this one at Paris Baguette, which retail for around $3.39 and will be available through June 7.

During times of stress, many people cut back on their spending, but others like to splash out in high luxury with menu items like this one at Pebble Bar in Midtown Manhattan in New York City. Executive chef Carlos Barrera minces American wagyu beef filet from Snake River Farms. He makes a truffle aïoli by emulsifying truffle peels, Dijon mustard and Worcestershire sauce with a neutral-tasting oil and a little white truffle oil.

He mixes the steak with classic tartare condiments — cornichons, shallots and parsley — and then adds the truffle aïoli. He then makes the tartare into a sandwich using toasted brioche and garnishes it with caviar and chives. It’s $42.

Szechuan peppercorns have the unusual quality of numbing the mouth. In Chinese cooking Szechuan pepper — which isn’t a pepper at all but related to citrus (thinking of the numbing qualities that citrus oil can have) — is often combined with chile pepper for an effect called mala: “La” means “spicy” in Mandarin, and “ma” is the numbing effect.

Starbird chicken is combing Szechuan peppercorn oil with habanero pepper and cayenne pepper for this chicken sandwich, which is served on a roll with what the chain calls Szechuan aïoli: Mayonnaise mixed with fermented black garlic, Szechuan peppercorns and a proprietary “Blazin’ Spice” for $9.97

Sunjoy is what Chick-fil-A calls it’s off-menu offering that blends its signature lemonade with its signature sweet tea. It’s also available unsweetened, and for now it’s available with the unusual flavor additions of cloudberry and cherry blossom, starting at $2.29, showing that even large and very mainstream chains can now go off the beaten culinary path on occasion.

Further showing that mainstream chains can get a little kookie sometimes, Friendly’s has added this item as a permanent addition to the menu. It’s a burger on a brioche bun topped with white cheddar cheese, beef brisket in cheese sauce, lettuce and tomato, plus — stepping out of its, and probably its customers’ comfort zone — fig jam. The premium item is priced at around $12.99-$15.99 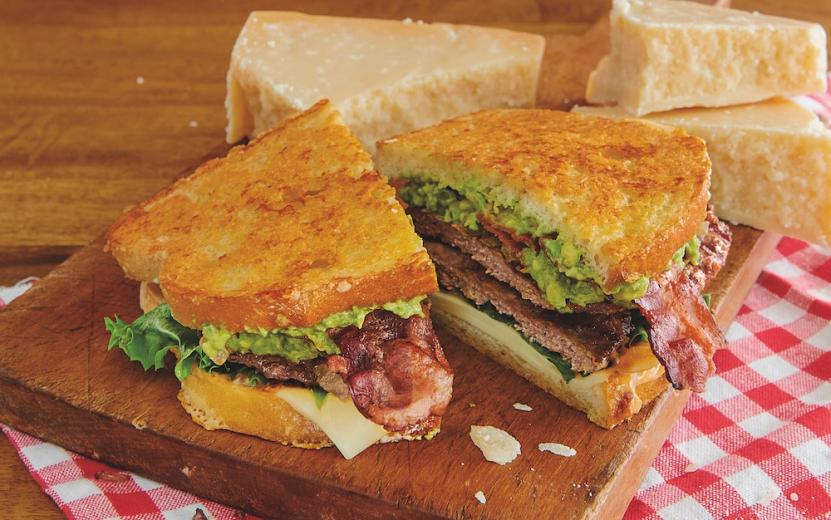