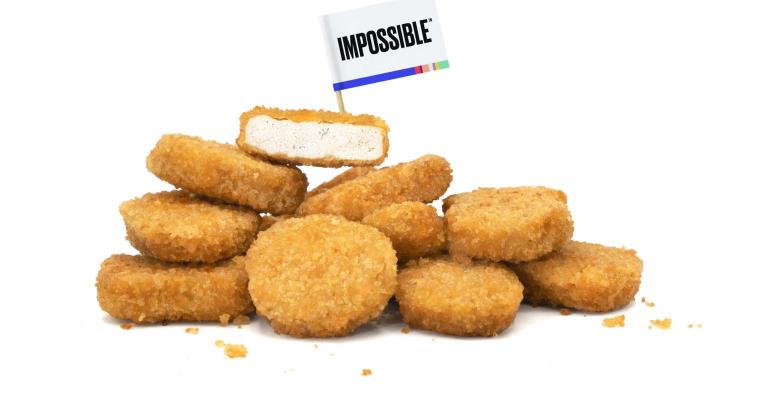 Start Slideshow ›
New cuts of meat and new types of meat analogs are in the works, as well as canned cocktails and more cheese

Burger King became one of the first major chains to test plant-based “chicken,” which it’s currently doing in the form of meatless nuggets in three markets. But while meat substitutes continue to proliferate, more unusual cuts of actual meat are appearing on menus, such as smoked brisket, which Arby’s rolled out several years ago and which Chipotle Mexican Grill is now offering for guests to put in their burritos, tacos etc.

We’re also seeing bison as a more common protein option, particularly in the West, and Denver-based Quiznos currently has a bison Reuben on its menu.

Multicultural culinary mash-ups remain very much on-trend, but they’re getting more sophisticated, such as the Chinese-style griddled cakes that are reworked as a dish of the American Southeast at Fleeting restaurant at the Thompson Savannah hotel by making them out of biscuit dough.

Low carb pasta is also becoming more varied and nuanced, as seen by the Rutabaga Fettuccine at Solstice restaurant, which has locations in Newtown, Pa., and Irvine, Calif.