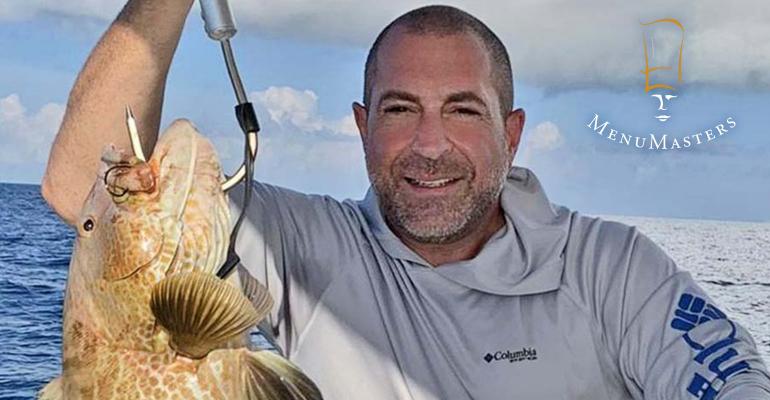 Chef Michael Salem innovates for the masses by leaning into individuals

His secret weapon? Literal ‘Get out of jail free’ cards.

Chef Michael Salem, the former head of culinary innovation at Burger King, is the first person to say that his path to corporate culinary innovator was an unexpected journey. After graduating valedictorian from Pennsylvania Culinary Institute, he returned home to Miami and by 23 was the chef and owner of his own restaurant. Under-capitalized, and with so little personal background in running an establishment despite having been mentored by the best in the business, the bistro and deli folded after a few short years.

At 26, when his restaurant shuttered, Salem reached back out to his circle of culinary mentors to help him decide on his next step. What happened next would be pivotal in his reimagining what his own culinary career would become. One of his mentors had been offered a job with Buffets Inc., the company behind the Old Country Buffet and HomeTown Buffet chains, that was not going to be the right fit for him, but that he believed would be ideal for Chef Salem. Salem’s mentor made the appropriate introductions to to Dennis Scott and Kerry Kramp, and before he knew it, the ambitious young chef was embarking on a whole new path as director of R&D.

“I had never anticipated working outside the kitchen.” Salem said. “My first day they took me to my office space, and it was a shock. A desk with a computer.  I didn’t know how to use a computer! They were extraordinarily patient and supportive with me while I got up to speed, and the most important thing I took from that job, was that I learned how to learn.”

Salem admitted that this lesson is one of the foundational tenets of his work practice today, and one he tries to impart on his teams. “Learning how to learn, how to improve, how to make mistakes and correct them, how to lean into failure, this is all a big part of successful work in innovation, and part of being a successful human being,” he said. “It translates to all aspects of my life.”

Leaning into process, especially embracing and celebrating failure, has served Salem well as his career moved from Buffets Inc. to Cinnabon, the first job he says he was able to pursue on his own because the influence of his mentors’ belief in him gave him strength and courage to reach high. “I got comfortable with getting uncomfortable.” Salem said. “Nothing innovative ever came out of little ideas or just doing what is expected. You have to take big swings; you have to recognize that failure is a key part of that innovation process and that there is always something essential to take away from those misses.”

Salem puts his Monopoly™ money where his mouth is, handing out literal “Get Out of Jail Free” cards to his team members, as a symbol of how serious he is that they should not be afraid to fail. “If someone is fearful that they could lose their job or lose respect by bringing up an idea, the work is impossible,” he said. “I need to shift that paradigm so that I can create an atmosphere of trust. This creates cross-functional synergy, and you get a wealth of ideas, and more dynamic and productive conflict.”

While Salem recognizes that words like discomfort, fear, and conflict might be scary to some, he knows that if the relationships are strong, those are positive motivating factors in achieving successful outcomes.

His track record speaks for itself. The teams he has led throughout his career have developed products that remain, some of them decades later, part of the culinary landscape, which makes him exceptionally proud of his legacy. From Cinnabon Sticks, still available at every airport, to the Ultimate Burrito line from his time at Del Taco, to his work at his former job with Burger King on the Impossible Whopper and the new Ch’King chicken sandwich, his philosophies work exceptionally well. Ultimately for Salem, it does come down to people.

“I was lucky to fall into some amazing mentors early in my career, which can be rare in this business, and it taught me that all people in this industry do this work because of two simple reasons,” Salem said. “They love food and they love people. Building strong, trusting relationships is the only real way to innovate, because you cannot do it alone. You have to let go of ego and the self and go deep on being part of a team and trusting that team.”

He thinks of his team in the most inclusive way, bringing in capital from all areas of the business. “I have always prioritized developing strong relationships with the broadest swath of people in the companies I have worked with,” Salem said. “From my immediate teams to franchisees, the folks in other departments, you never know where the great idea will come from. The wider a funnel I have gathering those little initial ideas, the more people trust that I will take those ideas seriously and give them breath no matter where they came from, that is how you get an innovation pipeline that takes you to a platform launch.” His advice to others who are finding it difficult to keep things fresh and exciting, reach beyond their immediate circle. “If someone is getting bogged down, chances are they need to expand their funnel. thought leadership can come from anywhere if you have the relationships with people and they trust you to engage in those dialogues.”

This philosophy is ideal for his current sector. Salem never forgets that if his team is successful, it isn’t just a win for them, it is a win for the company at large, but more importantly to him, it becomes a win for the franchise partners and the consumer.

“Ultimately it really always comes down to loving food and loving people,” he said. “I want the consumer to love their dining experience. I want the hard-working staff at those establishments to have satisfaction at putting out a good product.  I want the owners and operators to be financially successful and provide jobs and have positive impact on their communities.  And I want my company to be successful so that we can keep the whole process moving forward for the benefit of everyone.”