The year in fried chicken sandwiches 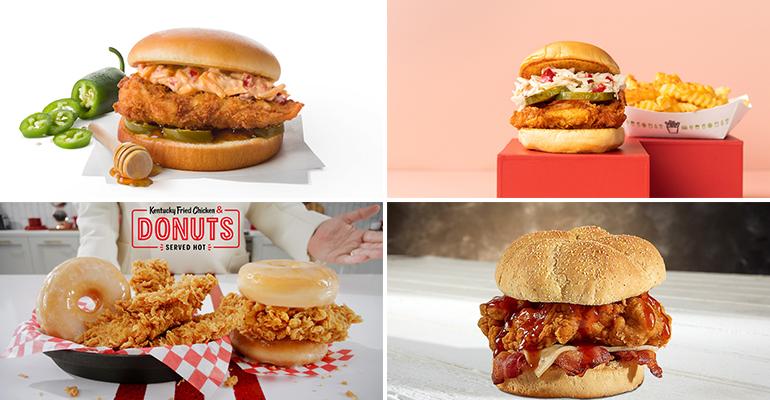 Fried chicken sandwiches have been a menu success story of the pandemic. In 2020, literally dozens of restaurant chains launched new or improved versions of this American comfort food. Initially spurred by the runaway success of last year’s launch of Popeyes Louisiana Kitchen’s sandwich, chains soon discovered the coronavirus-era appeal of this menu item, which travels better than burgers and has a main ingredient, chicken breast, that tends to have a more stable price than ground beef.

Fried chicken sandwiches, unlike hamburgers, usually have simple builds. They’re almost always made from chicken breast — an exception, the Fuku fried chicken sandwich from the Momofuku Group, was switched from thigh meat to breast meat at its delivery-only locations this year (both options are available at brick-and-mortar locations). Sometimes they’re brined, then they’re breaded, fried and served simply on a bun, often with pickles and sometimes with a creamy sauce. Some of them are spicy, but most of them are not.

In this gallery, Nation’s Restaurant News takes a look at many of the fried chicken sandwiches launched this year and the subtle differences between them.