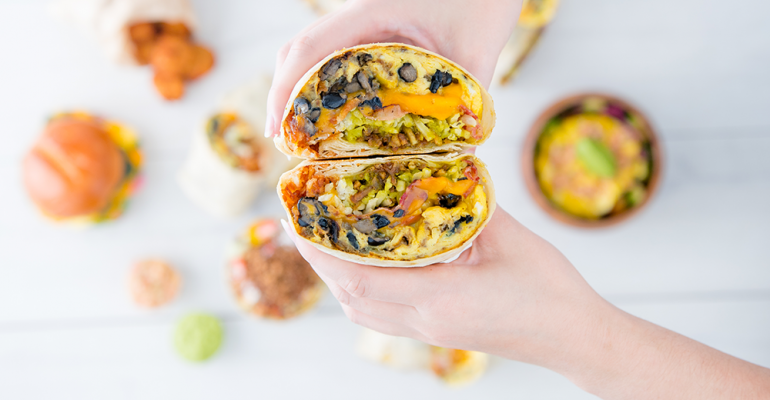 Operators tailor their offerings and recipes for off-premises dining

Quality control in restaurant delivery has come a long way since Domino’s first encouraged its customers to “Avoid the Noid.”

As consumers increasingly adopt off-premise consumption via delivery or takeout, operators are reworking their menus, recipes and cooking practices so that their dishes retain their flavor and integrity in transit.

Dig Inn, the New York-based operator offering build-your-own bowls featuring seasonal ingredients, has been testing a system it calls Room Service that tackles the challenges of delivery by using a separate kitchen and unique menu for off-premise orders. The new approach seeks to solve three main challenges the company has encountered in delivery: food quality, order accuracy and time of delivery, the chain’s director of off-site, Scott Landers, said.

“As simple as they sound, that's still what really matters in building a robust delivery experience,” he said. 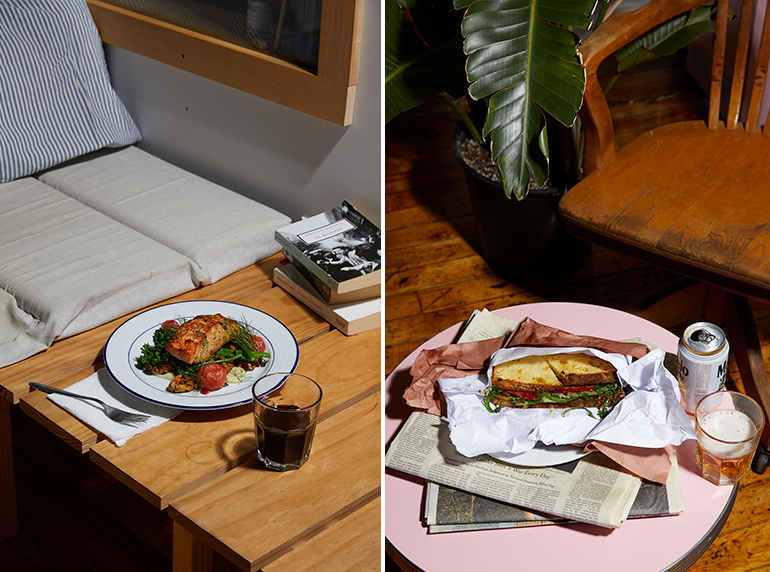 Salmon and sandwiches are two of the dishes offered by Room Service.

Dig Inn began testing Room Service in January in a dedicated kitchen in the basement of one of its restaurants, offering delivery to a small group of “friends and family” a couple of nights per week.

Unlike the walk-in restaurant menu, which allows customers to choose from a variety of bases, entrées and sides, the Room Service menu is less customizable and instead offers pre-set combinations. By eliminating variables from the ordering process, Room Service is seeking to minimize the mistakes that can be made in assembling the order, thus improving order accuracy.

Dig Inn also spent a lot of time learning how to prepare dishes so they would arrive with the same integrity as if it were eaten in the restaurant. For example, salmon that is normally served medium-rare in the restaurant is cooked instead to a temperature of rare for delivery, and then placed on a bed of hot potato puree so that it continues to cook in transit and arrives at the correct temperature.

“It really is about figuring out what it means to cook for delivery, and not just cook food that you put in a bag,” Landers said. “Once you ask that question of how can you cook food that improves as it travels, it opens up this wealth of creativity from our chefs and allows them to explore different cooking techniques.”

Landers said the company plans to roll Room Service out to two additional locations initially, and eventually extend it throughout the chain’s marketing area.

He also said Room Service’s smaller scale of operations allows the company to experiment with some dishes and ingredients that might not make economic sense for the dine-in menu, such as lamb shanks. Most of the ingredients are shared between the in-house and Room Service kitchens, however, with different cooking techniques and recipes applied in each.

“The same sweet potato comes in from the same supplier for the same restaurant,” Landers said. “It goes upstairs and it gets prepped and roasted and served in a certain way. Then downstairs, it can get prepped and roasted in maybe a slightly different way if we have found reason to believe that that difference in technique will materially benefit the off-site experience.”

Building a menu for delivery

Perfecting the coating for the Orange Chicken Burrito at Chino Latino, for example, was a back-and-forth process that involved experimenting with rice flour and corn starch to arrive at a batter that actually made the chicken “almost too crispy,” Greenspan explained.

“Frankly, if you were to eat the burrito fresh, it would probably be too crispy,” he said. “But by the time it gets to you 30 minutes later, it still has crunch, but it is soft and tender.”

Similarly, Greenspan has also discovered that if the fried chicken at Bubu’s is packaged for delivery as soon as it comes out of the oil, it becomes soggy in transit. Instead, the chicken is allowed to rest for five minutes before being boxed. Although that means the chicken might not arrive as hot as it otherwise would have, crispness is more important than temperature when it comes to the enjoyment of the dish, Greenspan said. 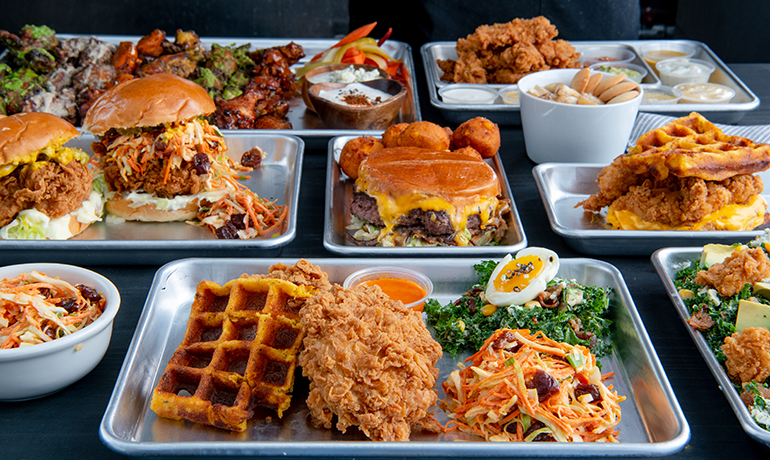 Other adaptations to optimize quality during delivery include using extra-dense buns for the burgers at Bubu’s and using soft-scrambled eggs in the breakfast wraps at Brekkie. The lightly cooked eggs, placed between the fully cooked meat and the hash browns, continue to cook during transit so that they arrive firm but not overly dry, Greenspan said.

During the research and development process, all menu items are only sampled after they have been sitting wrapped for 30 minutes to better mimic the experience of customers.

“We don’t taste it right way, because no one is ever eating it that way,” Greenspan said.

Seaside’s, a Chicago-based delivery and take-out restaurant operated by Lettuce Entertain You Enterprises, also has created a menu of dishes that hold up to the challenges of delivery.

“Some food is more delicate than others,” said Bill Nevruz, executive partner at Seaside’s. “Picking items that travel well first and building a delivery-only restaurant second was the strategy.”

He said the restaurant’s menu, which includes fried chicken, barbecued ribs and side dishes, holds up well to the rigors of delivery.

Not all of the items that Seaside’s considered made the cut, however. The restaurant had experimented with a whole steamed lobster, for example, but the dish was compromised by “carryover cooking” in transit, and the item was abandoned, Nevruz said. 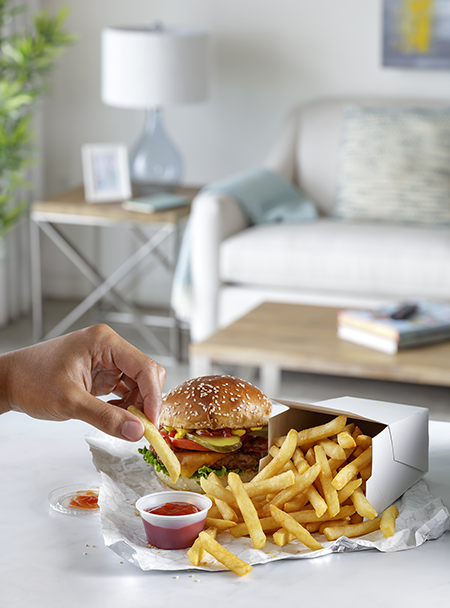 French fries are one of the more challenging items to deliver, but suppliers are taking steps to help prevent soggy arrivals.

“Consumers want takeout and delivery orders to be almost as good as the dine-in experience,” the company said in a statement.

Other French fry suppliers have also stepped up to the delivery plate. Lamb Weston last year introduced its “Crispy on Delivery” concept, which includes lightly battered fries designed to maintain heat and crispness for 30 minutes. The program also includes specially made containers engineered to keep fries warm while preventing condensation from building up in the packaging.

Likewise, Simplot offers clear-coated Simplot Infinity fries and batter-coated Simplot NaturalCrisp fries, both of which offer better heat and crunch retention than traditional fries, the company said on its website. Simplot also suggested using thicker-cut fries for delivery, and packaging them in vented paper containers, rather than in plastic or Styrofoam.