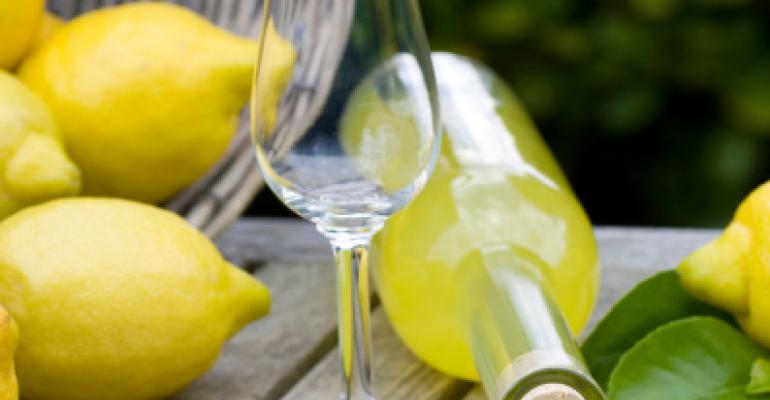 Southern Italy has a tradition of liquori digestivi, alcohol infusions of the celebrated citrus fruits, nuts, herbs and spices of the region, typically sipped after meals. Offering visitors little glasses of these sweet and aromatic potions is the hallmark of a hospitable host.

This practice rises to the artisanal level at Bibiana Osteria Enoteca in Washington, D.C. There, general manager and beverage director Francesco Amodeo curates a repertoire of more than 20 housemade liqueurs. His family on the Amalfi Coast south of Naples has been infusing liqueurs since 1883.

At Bibiana, the most popular housemade liqueurs are limoncello, fennel, mandarin, hibiscus and concerto, the last a 250-year-old recipe of more than two dozen spices steeped with coffee and barley.

“You can find it in only two places in the world — at Bibiana and on the Amalfi Coast,” Amodeo said.

For the limoncello, a particular favorite of his customers, Amodeo uses only the zest of the lemon, which contains the aromatic oils, peeled very thinly without any of the underlying white pith, which would make the liqueur bitter. The zest is infused in 190-proof neutral grain spirit in a ratio of 1.5 pounds of lemon to a liter of spirits.

It infuses at room temperature for about two weeks, or until such time when Amodeo judges that the liqueur has taken on a sufficient perfume of lemon. At that point, it is strained to remove the zest and mixed with simple syrup made from equal parts of cane sugar and water. That sweetens it and reduces the strength to 32 percent alcohol by volume. Prior to serving, it should be well chilled in the refrigerator or freezer.

“If you mess it up, it becomes undrinkable — too bitter or too high in alcohol,” Amodeo warned. “There is a fine line with this. It may seem very easy to do, but it is a little more complicated than a lot of people think.”

In addition to their role as after-dinner drinks, housemade liqueurs also star in Bibiana’s cocktails. A popular example is the Italiano, a drink made with two ounces of lemon vodka, one ounce of limoncello, a half ounce of pinot grigio and a dash of fresh-squeezed lemon juice, shaken and served up or on the rocks.

The housemade liqueurs also figured prominently in a bar promotion at Bibiana, which spotlighted a different creative holiday cocktail for 25 consecutive days, concluding on Christmas Day. The cocktails, many of them named for Amodeo’s family members, included the Nina, made with Italian brandy, homemade hibiscus liqueur and lemon juice; the Amalfi, with homemade limoncello and Italian lemon soda; and the Stefania, with gin, homemade apricot liqueur and orange and lemon juice.

Amodeo said that sometimes new cocktails occur to him in the shower. But more often he finds inspiration while strolling the aisles of flower shops or Whole Foods.

“Usually I find flavors and odors that give me new ideas,” said Amodeo. “I can use any source to come up with a cocktail.”