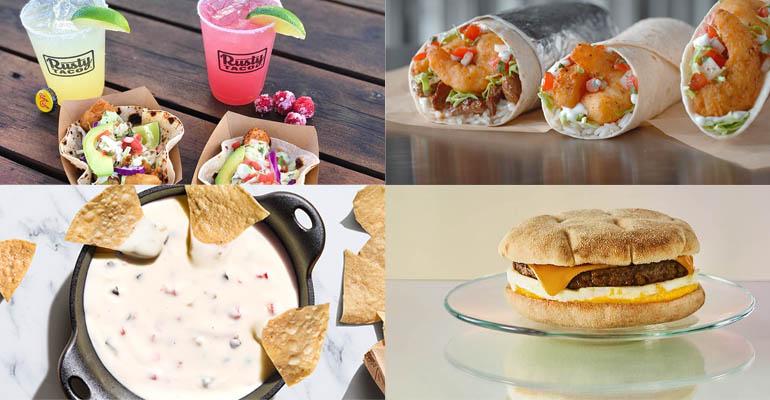 It’s another big week in plant-based protein news as chains across the country, and in Canada, continue to offer new varieties of vegan meat substitutes.

Starbucks has rolled out a plant-based breakfast sandwiches across Canada, A&W has launched a Beyond Burger, El Pollo Loco has introduced a vegan chicken substitute incongruously called Chickenless Pollo (which translates as “chickenless chicken”), and Wayback Burgers is tying in promotion of its new Impossible Melt with Lent, which started on Wednesday and is when many Catholics avoid eating meat on Friday.

Elsewhere, Einstein Bros. Bagels has launched a burrito-bagel mashup called the Bagelrito, and Papa John’s Pizza has new Jalapeño Popper Rolls that are baked in the chain’s signature crust.

Chipotle Mexican Grill’s new queso, which it tested for much of last year, is now available systemwide.