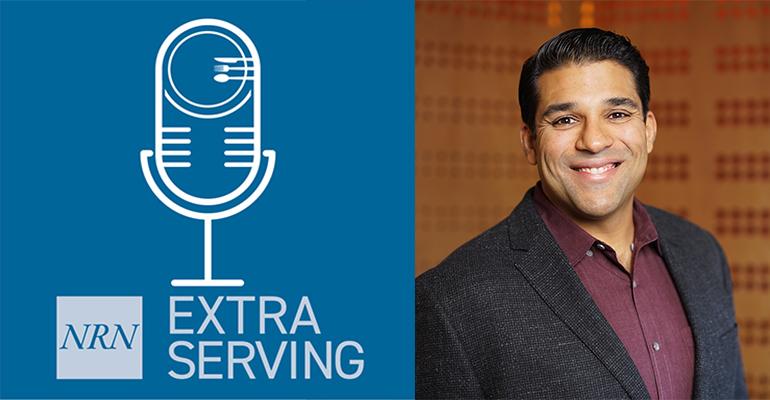 Nevielle Panthaky, the vice president of culinary and menu development for Chipotle Mexican Grill, joins the podcast this week.
Menu

Nevielle Panthaky, the vice president of culinary and menu development for Chipotle Mexican Grill, has been behind the scenes when a lot of ground-breaking menu items were being developed.

A graduate of The Culinary Institute of America in Hyde Park, N.Y., Panthaky spent four years as vice president of culinary at P.F. Chang’s China Bistro before moving to IHOP, where he was behind the much ballyhooed launch of its premium Ultimate Steakburgers in 2018.

For the past three years, he has been at Chipotle, a chain that had previously not been known for a lot of new menu items. But Panthaky has overseen the reformulation of the chain’s queso, the launch of a new protein — carne asada — and in January the introduction of cilantro-lime cauliflower rice.

In this podcast, Panthaky walks us through the development of the new rice substitute as well as the creation of Lifestyle Bowls, curated combinations geared toward diners’ specific dietary choices, such as the keto or Whole30 diets, for which Chipotle won the Nation’s Restaurant News MenuMasters award in the category of healthful innovation.

He also discusses what he has learned about menu development during a pandemic.