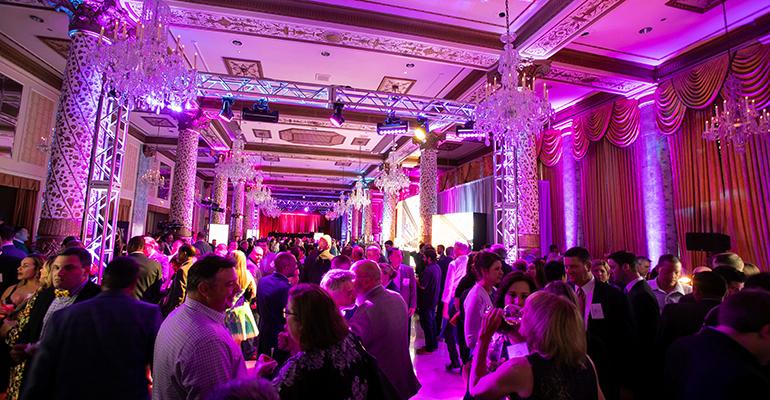 Jeremiah Tower inducted into hall of fame while Taco Bell, Military Sealift Command and others are honored

“This really is the Academy Awards of Food,” said Liz Matthew, global chief food innovation officer for Taco Bell as she accepted the MenuMasters Award for best new item for the chain’s Nacho Fries.

At a gala event sponsored by Ventura Foods and hosted by Nation’s Restaurant News at the Drake Hotel in Chicago Saturday, culinary innovators were fêted as attendees enjoyed the winners’ food paired with beverages selected by the hotel’s staff — or with Champagne handed out by Jeremiah Tower, the chef and former owner of Stars in San Francisco, who was inducted into the MenuMasters Hall of Fame.

It was Tower’s custom at the famed restaurant in the 1980s and ’90s to greet guests with Champagne.

The Nacho fries were paired with Modelo Negra beer, while the country-fried morels with crab salad and butter pudding offered up by Innovator of the Year Paul Kahan were paired with 2018 Château d’Esclans Whispering Angel Rosé from the Côtes de Provence in France. 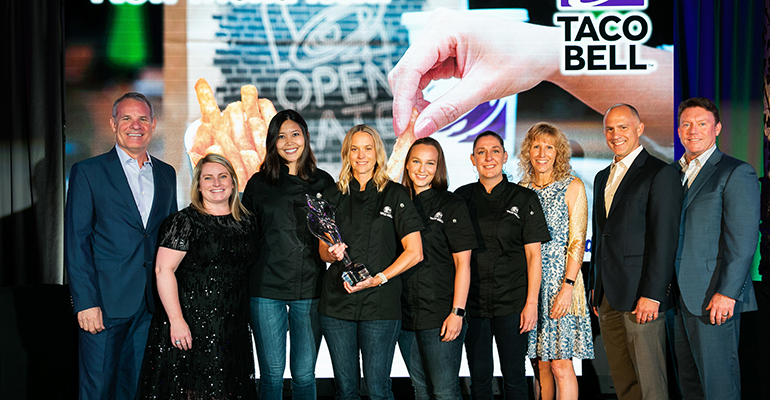 Kahan, who has mentored many of the city’s great chefs, told the audience, “the future of restaurants and the future of the culinary arts is with the youth.”

The MenuMasters Award for Best Menu Revamp went to Piada Italian Street Food, based in Columbus, Ohio, for transforming its offerings from the usual fast-casual style of infinite customizability to more curated dishes developed by director of culinary Matthew Harding and his team. Their Summer Avocado Piada, a wrap stuffed with pancetta, avocado, arugula, basil aïoli, mozzarella and tomato, was one of the crowd favorites of the night. It was paired with a Banfi’s 2018 San Angelo Pinot Grigio from Tuscany in Italy.

“I truly believe that you never accomplish anything alone,” Harding said in accepting the award, telling the crowd that you have to listen to people who don’t like your food.

“When you find your prickly-pear people [who will tell you what they really think], you know you’re in the right place,” he said.

Bonefish Grill, which won the award for Best Menu Line Extension for its new brunch, served crab cake rancheros — a take on huevos rancheros — with greens, eggs and ham, paired with 2018 Scarborough Sauvignon Blanc from the Marlborough region of New Zealand.

Justin Fields, director of research and development for the chain, a subsidiary of Bloomin’ Brands Inc., based in Tampa, Fla., said he drew inspiration from the late painter Bob Ross, host-instructor of the PBS television series of the 1980s and ’90s The Joy of Painting.

Fields said Ross would create paintings on TV from the same palette, in the same way that he used Bonefish Grill’s existing palette of ingredients and flavors to develop the brunch menu.

“Each [restaurant] concept has its own palette,” he said, adding that he was glad that he stuck with Bonefish’s strengths rather than go for “a shiny new toy.”

The award for Healthful Innovation went to Military Sealift Command, which provides seaborne logistical support to the United States military and consulted with its nearly 6,000 crew members to develop more healthful menu items.

At the gala they served chile lime shrimp with roasted corn and black beans, paired with a Casamigos Spicy Cucumber Jalapeño Margarita.

“I am truly humbled to stand before you among the culinary greats tonight,” MSC foodservice director Roberta Jio said. She said quality meals are key to quality of life for the mariners who spend up to 270 days at a time at sea.

Culver’s, based in Prairie du Sac, Wis., was honored with the MenuMasters Award for best limited-time offer for its Pretzel Haus Pub Burger, which is two burger patties topped with pickled red onions, two slices of bacon, Wisconsin cheddar, Wisconsin cheddar cheese and bistro sauce made of mayonnaise, horseradish, and mustard, all on a pretzel bun sourced from Milwaukee, Wis.

It was paired with Hacker-Pschorr, a Weissbier from Munich, Germany. 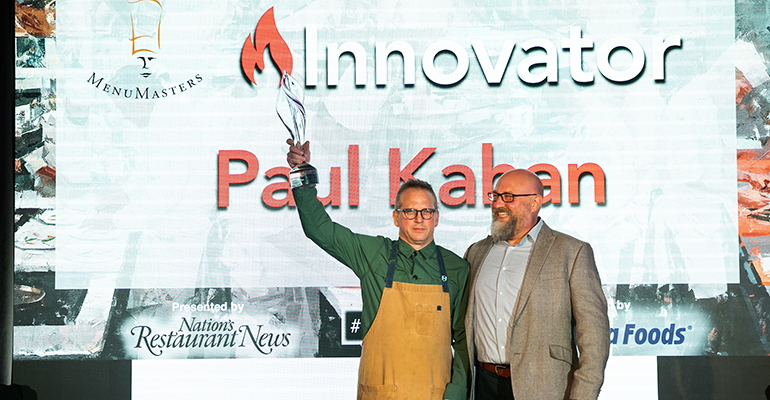 Quinn Adkins, the chain’s director of menu development, said winning the award had been a dream of his since he attended his first MenuMasters party ten years ago. Along with thanking his development team, he also acknowledged his supply chain team, “who get the products where they need to be when they need to be there.”

The award for Trendsetter of the year went to Seamore’s, a six-unit chain in New York City that provides sustainable, mostly local, seafood in simply prepared dishes, such as the tuna poke they served paired with Gekkeikan sake.

Chernow soon realized that the great fish he would catch when fishing off the coast of Long Island couldn’t be found in local restaurants.

“That’s the genesis of Seamore’s,” Wainwright said, adding, “We wouldn’t be here without chef Chris.” 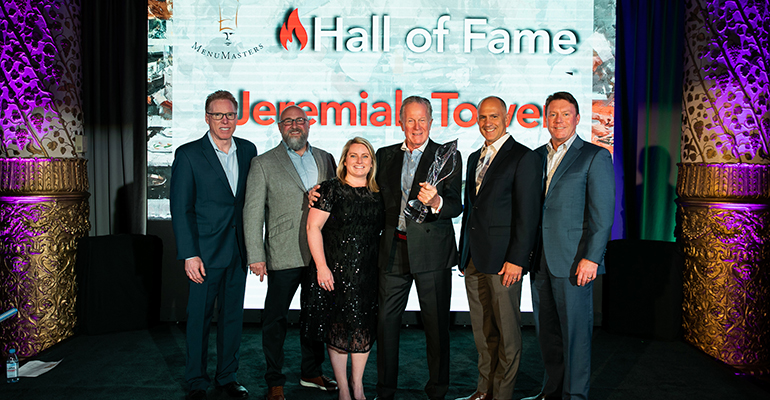 “What you’re serving out here is so fantastic,” he said, adding that food, flavor, entertainment and camaraderie are what the foodservice industry is all about.

Sarah Lockyer, group publisher for the Informa Restaurant & Food Group, which includes Nation’s Restaurant News, said “NRN has been proudly doing this for 22 years … in partnership with Ventura Foods.”

Hall of Fame inductee Jeremiah Tower was welcomed to the stage with a rousing standing ovation from the audience. He told them that when he started cooking he didn’t know anything about this business — a fact he didn’t realize until he saw his first copy of NRN. He spent his years working at Chez Panisse in Berkeley, Calif., reading the publication, so that by the time he opened Stars, “I knew what a P&L was. Thanks to NRN, I was finally able to make a bit of money.”

He said he’d spent the evening “pouring Champagne for hundreds of people who told me how great I am, which I already knew, but it was nice to hear.”