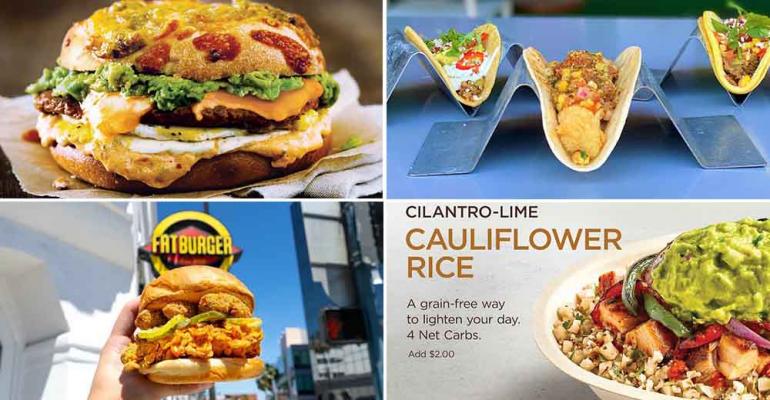 Chipotle Mexican Grill is responding to customer demand for a low-carb rice substitute with a test of cauliflower made to look like rice — a hot trend in recent years — with a test in Denver and Wisconsin. Einstein Bros. Bagels also selected Denver as its test market for a meatless option.

Taco Cabana has expanded its Margarita line from three to 12, Velvet Taco has added three new tacos, on top of its usual weekly taco feature.

Sonic Drive-In has a three-layer slushie, Fuzzy’s Taco Shop now has queso flights and you can buy doughnut holes at Yoshinoya.

This gallery has been updated to reflect the fact that El Pollo Loco's reformulated Chickenless Pollo is a permanent addition to the menu. Additionally, an item previously featured in May from Nékter Juice Bar has been removed.
Start Slideshow ›
TAGS: Food Trends
0 comments
Hide comments
Related
Sponsored