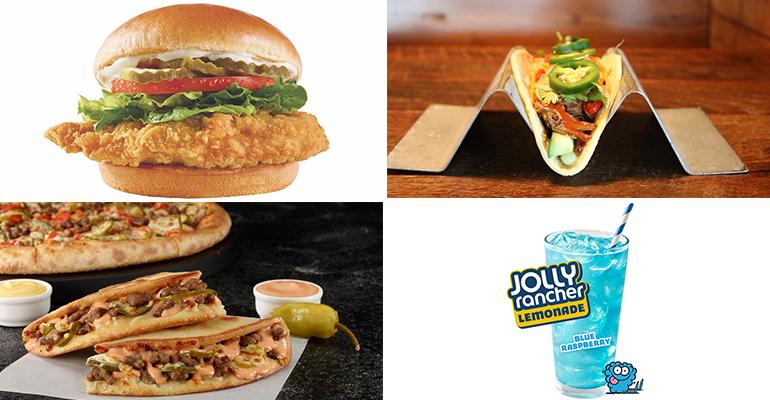 Wendy’s has upped the ante in the chicken sandwich game by adding cracker crumbs to its breading for extra crunch.

Einstein Bros. Bagels, apparently noticing how popular doughnuts have become during this pandemic, has added them to its menu, but to stay on-brand the chain is calling them Party Bagels.

Papa John’s is bringing back its cheeseburger pizza and also stuffing the same toppings in the folded sandwich called the Papadia that it introduced earlier this year.

Bertucci’s and Papa Murphy’s are both playing with their pepperoni pizza: Bertucci’s is putting on double the usual amount and naming the pie after former Boston Red Sox slugger David “Big Papi” Ortiz, and Papa Murphy’s is making it into a smiling face for the annual return of its Jack-O-Lantern pie.