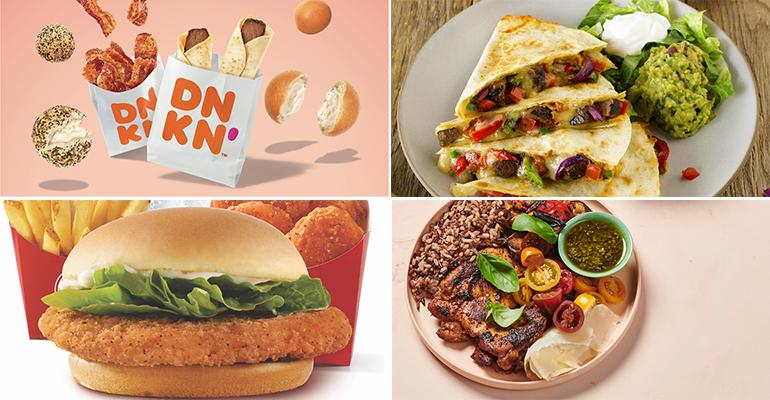 Happy Shark Week, which Bonefish Grill is celebrating with a return, for one week only of its Sharktini, although unlike last year’s version it’s not in a novelty glass.

Chipotle Mexican Grill is celebrating the relaunch of a video game featuring skateboarding legend Tony Hawk with a burrito developed with him, only available until Friday, but the first 2,000 buyers get access to a demo version of the game.

Qdoba Mexican Eats is also rolling out new curated items. They’re not named after anybody and you don’t get a video game, but you do save yourself the hassle of customizing your food, and they’re permanent additions to the menu.

Also removing some hassles is Ocean Prime, which has introduced a three-course menu with the wines already paired, although everything’s also available à la carte if you want to go that route.

Dunkin’ is celebrating pumpkin spice season a little early, with a range of new and returning items being rolled out next week.

Bad Daddy’s Burger Bar has a whole lineup of new items, too, including a couple with wild Keta salmon, and Gott’s Roadside has an over-the-top avocado BLT.

Speaking of over-the-top, Black Tap Craft Burgers and Beers, known for its highly garnished CrazyShakes, has developed kits so people can make those shakes at home.

And speaking of salmon, Velvet Taco’s weekly taco feature is a chilled lettuce wrap featuring patties of the fish.

Wendy’s is throwing its hat in the chicken wars ring with a spicy sandwich, Jack in the Box has new spicy chicken strips, and Pizza Guys has a new barbecue chicken pizza.

Sweetgreen also has a new chicken dish as part of the Plates lineup introduced earlier this year. This one is a whole thigh with ratatouille, wild rice and more.