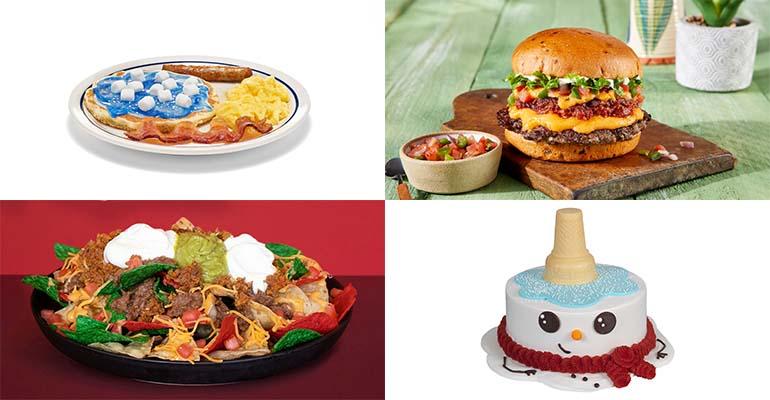 In other entertainment-related menu news, Studio Movie Grill has a new pink cocktail tied to the launch of the film House of Gucci.

Voodoo Doughnut is celebrating Hanukkah as well as Christmas.

Hungry Howie’s has jumped on the trend of putting multiple types of pepperoni on a single pizza and Smashburger is topping a burger with Mexican chorizo in a collaboration with Chicago-based chef Rick Bayless while inviting guests to contribute to Bayless’s Frontera Farmer Foundation, which supports small farmers in the Midwest. Smashburger will provide matching funds up to $75,000.

Jinya Ramen Bar is putting fried chicken in its ramen, and Long John Silver’s is putting “crumblies” on its mac & cheese.

Taco Del Mar has introduced tortilla soup, Bad Ass Coffee of Hawaii has a new sea salt caramel cookie latte and Islands Restaurants has a sangria with Fireball Cinnamon Whisky in it.

Tijuana Flats has a crunchy taco wrapped in a soft tortilla, Torchy’s Tacos has a shrimp-and-chorizo taco and Velvet Taco’s Weekly Taco Feature is made with coconut curry shrimp.