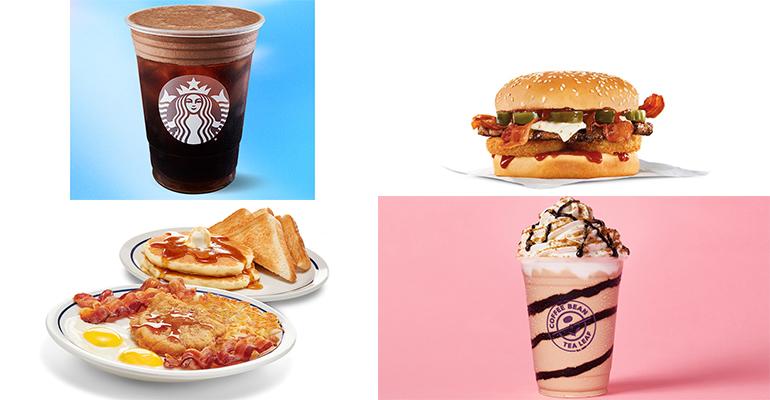 The COVID-19 pandemic rages on, and restaurants are still selling meal kits and family meals — and Bartaco is now selling two of its signature cocktails in pouches for takeout and delivery where it’s allowed — but most new items this week are focused not on the format but on the season.

Summer’s upon us and many restaurant chains are betting that cool drinks are what their guests are looking for. Smoothie King is introducing its first new hydration-focused drinks since 2017, Starbucks is extending its cold foam line to the non-dairy segment (and now offering oat milk in California) and Wayback Burgers has a lemonade that changes color.

The Coffee Bean & Tea Leaf has some new cold brew teas and Cousins Subs is rolling out floats and shakes at most of its locations after testing them at corporate locations earlier on.

Fat Straws is taking Dalgona, an Internet sensation that went viral during lockdown, and offering at its four restaurants in Texas.

Sister chains Carl’s Jr. and Hardee’s have introduced a spicy version of their Western Bacon Cheeseburger, and IHOP has a new spicy syrup.

Roy Rogers is also going spicy with new jalapeño poppers, also available on a burger, while Moe’s Southwest Grill is celebrating summer with a barbecue burrito, and Tropical Smoothie Café has a barbecue pork Quesadilla.

Pieology is taking a step back from its super-customizable format and making it easier for people to order more standard fair, like pepperoni pizza.