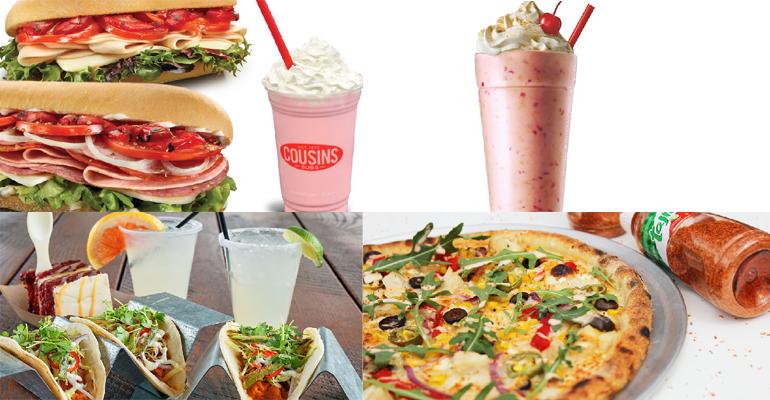 Voodoo Doughnut is celebrating Mother’s Day with a pastry shaped like the hair-do of beloved cartoon mother Marge Simpson, and Hard Rock Café is marking the occasion with some fancy lobster items and a cutely named “Momosa” bar. It also has a seasonal strawberry shortcake sundae, and so does Bruster’s Real Ice Cream.

Sonic Drive-In has a strawberry shake, and so does Cousins Subs.

Smokey Bones has introduced a peanut butter whiskey cocktail for charity, and if you thought there would be no new fried chicken sandwiches this week, you would be wrong: Wing Zone has one that’s so big it overhangs its bun.