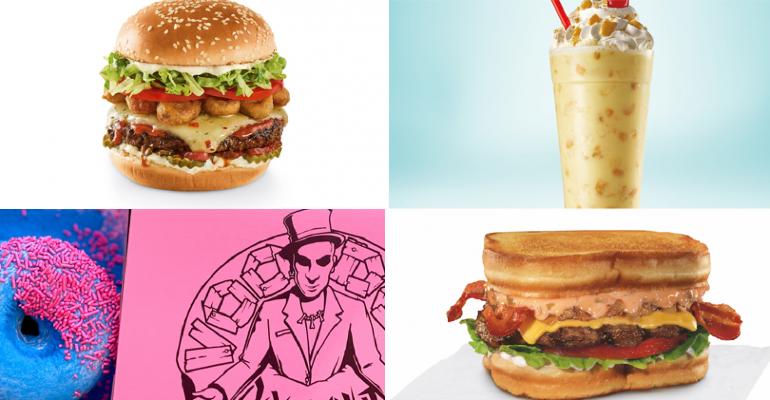 It’s unusual for chains to announce when they’re changing suppliers, but several are doing it this week. Hopdoddy is switching from Impossible Foods to Beyond Meat as its plant-based protein provider, and is offering a meatless burger in celebration that’s inspired by the Reuben sandwich.

WaBa Grill also has announced a collaboration with Nasoya foods for its own proprietary meatless steak substitute.

In other plant-based news, Lucille’s Smokehouse Bar B Que now has cauliflower “steak” on its menu, along with other new meatless options.

Main Event, the family entertainment concept, introduced a line of Shirley Temples this past spring, and is now expanding that line in celebration of the 20th anniversary of the musical group Kidz Bop.

Hardee’s now has the French Toast Dips that were already being sold at sister chain Carl’s Jr., and Carl’s Jr. itself has a new patty melt.