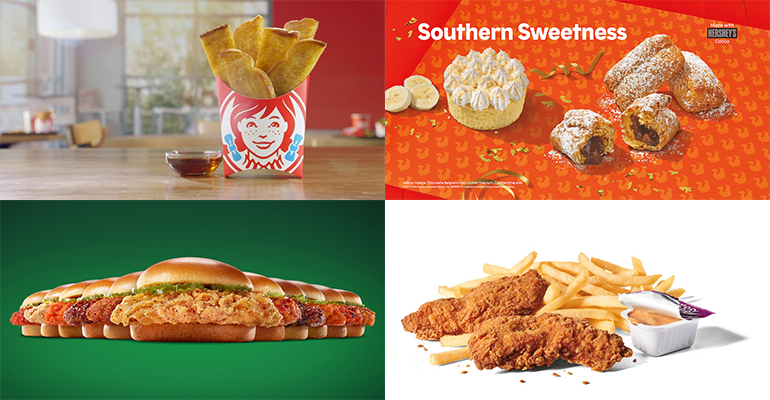 The flood of pumpkin spice drinks is on the way; we can smell the nutmeg and cinnamon in the air. But for now it’s still a trickle, with Krispy Kreme and Red Robin Gourmet Burgers & Brews launching their seasonal items last week and 7-Eleven doing it now

Papa Johns has new low-carb options with the launch of a line of bowls, Wendy’s has launched French toast sticks, as does Jack in the Box, and Popeyes has a new surf & turf (a chicken sandwich and shrimp), among other seasonal specials.

Speaking of chicken sandwiches, the one that Wingstop tested earlier this year is going to be rolled out systemwide in September, and Lucille’s Smokehouse Bar-B-Que is bringing back its Chicken Shack menu.

BJ’s latest Pizookie is inspired by s’mores, as is Smashburger’s latest milkshake.

Charleys Philly Steak has a new cheesesteak, Sonic Drive-in is bringing back its dill-themed burger (and pickles and slush), and Fogo de Chão has a porterhouse.

Friendly’s has expanded its pasta line and Tacodeli has two limited time tacos, but Velvet Taco doesn’t have a Weekly Taco Feature this week; instead it has buñuelos.