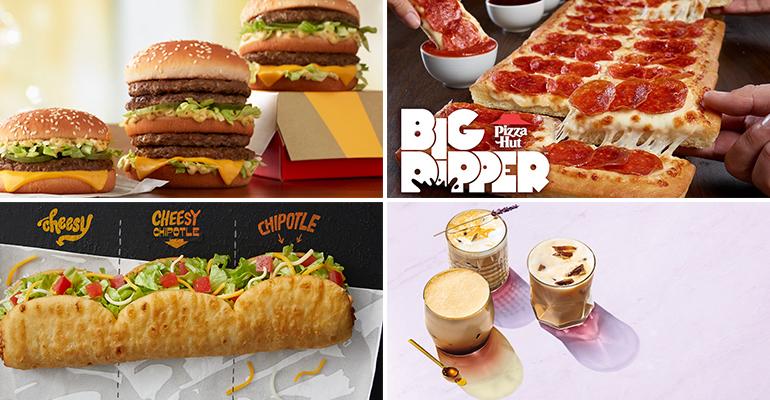 Apparently honey-lavender is the coffee flavor of early spring this year. Both Peet’s Coffee and PJ’s Coffee are rolling out those flavor combinations. TGI Friday’s is working to revive the “unicorn” trend with a multicolored butter cake, and both Hard Rock Cafe and Slaters 50/50 are celebrating St. Patrick’s Day with boozy milkshakes.

Fogo de Chão is refreshing some of the items on its all-you-can-eat Market Table and rolling out two new ones: Mediterranean Eggplant and asparagus sweet pea soup.

Dat Dog has come out with a fried fish hot dog, although since it’s made with catfish the chain is calling it “The Cat Daddy,” Pollo Tropical has introduced a new line of topped tostones, and BJ’s has come out with its latest Pizookie.

McDonald’s, meanwhile, has rolled out big and little versions of its signature Big Mac and Pizza Hut has brought back its Big Dipper Pizza. Taco Bell has a new Triplelupa, which is three Chalupas stuck together.