/sites/all/themes/penton_subtheme_nrn/images/logos/footer.png
Recent
Recent
How restaurants are getting ready for the Super Bowl
Jan 31, 2023
New for restaurant labor in 2023? Optimism.
Jan 30, 2023
Erbert & Gerbert’s debuts new end-cap unit in Minnesota
Jan 30, 2023
How to create a personalized experience to remember
Jan 30, 2023
El Pollo Loco pushes envelope on menu as it expands
Jan 27, 2023
Featured
The emergence of mocktails
Jan 23, 2023
36 restaurant industry predictions for 2023
Dec 21, 2022
10 restaurant chains making waves in the breakfast space
Dec 14, 2022
How eco-friendly Seattle restaurant chain Just Poke is doubling in size in 2022
Nov 17, 2022
Menu Tracker
brought to you by
Menu 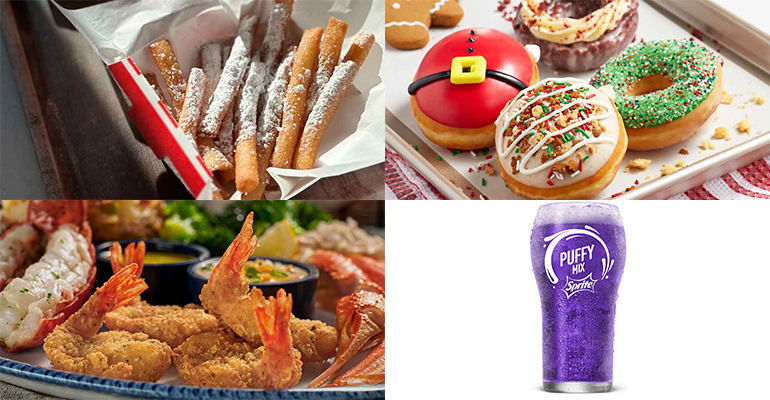 What do you think, is the Elf on the Shelf a fun toy that adds extra fun to this already magical season, or an obnoxious little narc that burdens parents with an extra daily chore during this especially busy time of year?

Either way, Great American Cookies is putting them on a cake, giving customers an adorable new treat and the option to cut the little jerks.

Nomoo and Native Foods has new vegan items, but they have to because they’re vegan chains. Sweetgreen doesn’t, but it’s testing a new mushroom protein in Culver City, Calif.