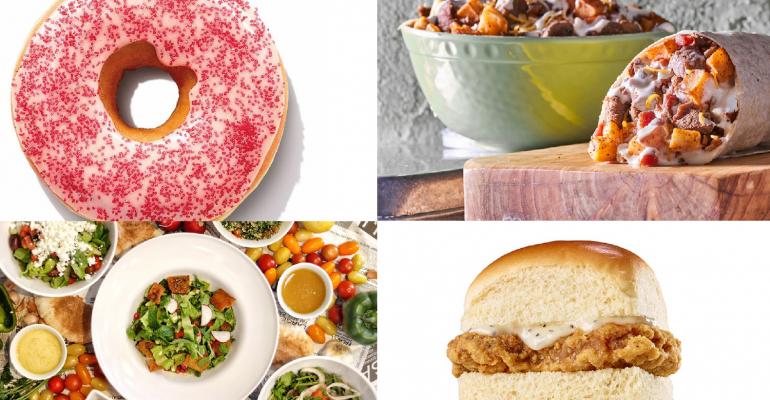 Spicy foods are continuing their rampage across menus, most notably at Dunkin’ which has a new doughnut in a glaze with cayenne and ghost pepper, but also at Blaze Pizza, and BurgerFi.

Jack in the Box is testing its first item using plant-based protein, but only in two markets.

Black Tap is celebrating its win at the New York City Food & Wine Festival’s Behind the Burger Bash (which was held virtually, but the judges were present to taste the entries), by putting their Little Italy-inspired item on the permanent menu.

TooJay’s Deli is bringing back seasonal favorites for the holidays, and Krystal is reprising it’s country-fried steak slider.

Sweetgreen, meanwhile, has a new line of seasonal salads, bowls and plates for the fall.

Dickey’s Barbecue Pit is making chili out of its brisket and putting it on baked potatoes, mac & cheese and other items.

Sajj Mediterranean Grill has a new salad line, and Toppers Pizza, which tested vegan items Madison, Wis., this summer, has rolled them out systemwide.