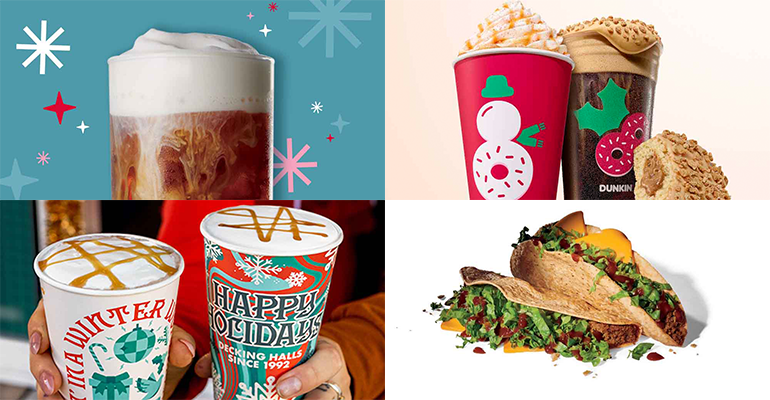 It’s holiday beverage season, as we can see from a bunch of seasonal drinks from Caribou Coffee, The Coffee Bean & Tea Leaf, Dunkin, Dutch Bros, and Peet’s Coffee, as well as new cocktails from Firebirds Wood Fired Grill.

North Italia has a giant new roster of autumnal menu items, First Watch has items honoring the flavors of the season as well as the green chile harvest, and Fogo de Chão has a couple of new items for its Market Table.

Jack in the Box’s Monster Taco, introduced for October, has proven to be popular enough to earn its place on the menu boards at least until Nov. 20, and Twin Peaks has a new steak.

Golden Chick has new wings, Taco Cabana and Donatos have new sweets, Studio Movie Grill has a cocktail that appears to be like a Long Island Iced Tea, and Velvet Taco’s Weekly Taco Feature is a chicken-fried steak meal all wrapped in a tortilla.