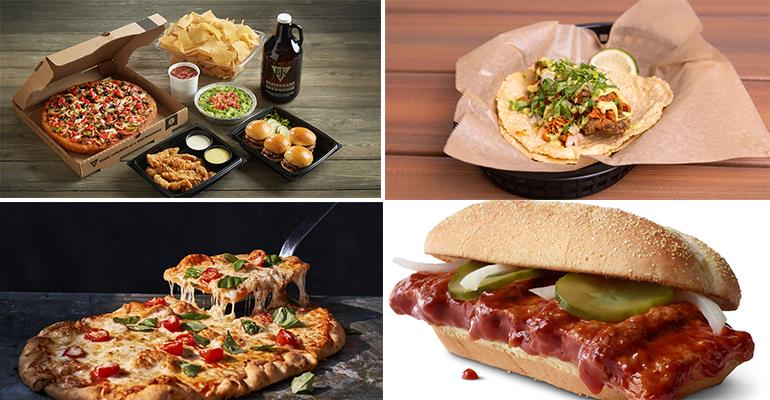 Given the week that it’s been, it might not be surprising that there are two WTFs in this week’s Menu Tracker: The usual weekly taco feature from Velvet Taco and the Winter Turkey Feast, a seasonal sandwich from Quiznos.

Several restaurants are adding menu items that travel well, like Denny’s new lines of melts and bowls, Panera Bread’s pizza and house-made cookies and potato chips from Mooyah’s Burgers, Fries and Shakes, guaranteed to arrive in better shape than French fries would.

BJ’s Restaurants and Lion’s Choice are introducing new bundled meals, Taco Cabana has a seasonal lineup of green chile brisket items, and Torchy’s Taco’s taco of the month has New Mexican red chile. McAlister’s Deli has chili of a different sort, made with chicken and white beans.

Speaking of dessert, Yogurtland is bringing back a vegan yogurt that was popular back in January, and Insomnia Cookies has three new vegan items.

Peet’s Coffee has two drinks topped with sweetened frothed milk that it’s calling a “snowcap,” and last but certainly not least, McDonald’s is bringing back the McRib in the first national rollout of the cult favorite since 2012.