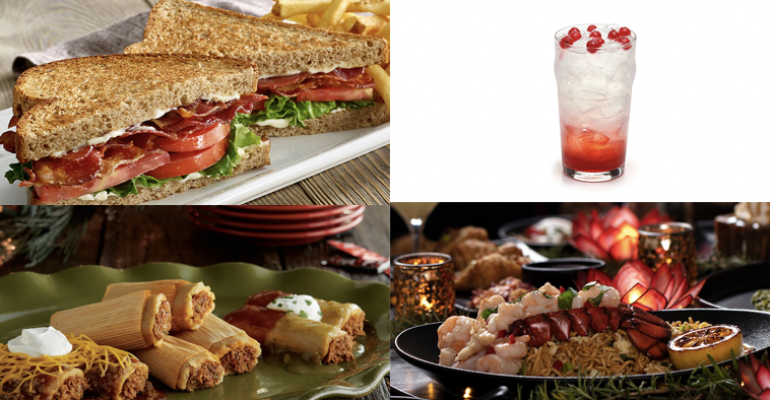 There are many ways to celebrate the holiday season, which apparently started at Halloween this year, and here are 11 of them:

Jamba has a red-tinted smoothie thanks to some cranberries, Voodoo Doughnut has three special pie-themed doughnuts bundled by the half dozen, and Velvet Taco has Weekly Taco Feature evoking Thanksgiving dinner.

Miller’s Ale House has seasonal cocktail specials, and snow crabs, P.F. Chang’s has a whole holiday menu, and Perkins has decided that now is the time to celebrate what it calls Baconfest.

Fazoli’s has a chocolate peppermint dessert and Hard Rock Cafe is celebrating the World Cup with the return of its Messi Burger, now with three sauces.