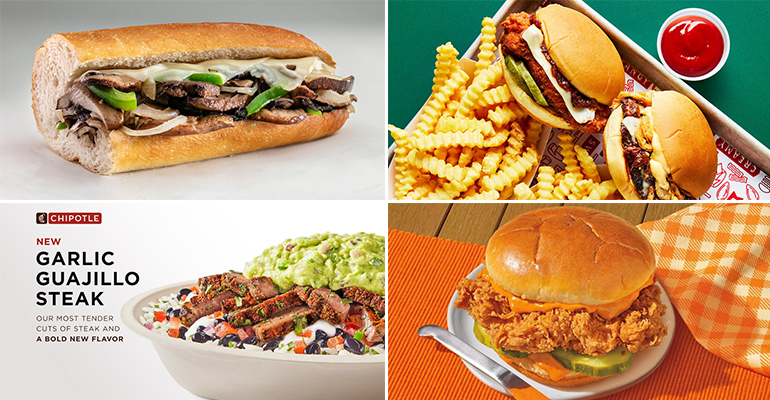 It’s Cinco de Mayo, which commemorates the Mexican victory against the French in the Battle of Puebla, but north of the border it is mostly celebrated with the consumption of Mexican food & drink, which is, in fact, a popular pastime all year round.

That is perhaps why Hopdoddy is marking the occasion with the Bidi Bidi Burger, which apart from a burger patty also has two tostadas, that’s available for all of May, as is Studio Movie Grill’s Don Julio Añejo Margarita and Voodoo Doughnut’s horchata-flavored treat. Taco Bueno is offering Margarita Chicken Tacos, dusted with citrus and salt to imitate the popular cocktail.

Loro is doing a one-day-only collaboration with Siete Foods, using its dairy free cashew queso as the base for an appetizer.

Taco John’s also has launched a taco special, but it does that frequently and might have nothing to do with the holiday.

Velvet Taco has a Weekly Taco Feature, but it does that every week.

It is also Asian American and Pacific Islander Heritage Month, which may or may not have anything to do with the Asian-inspired limited-time offers from Ledo Pizza, Nathan’s Famous and Veggie Grill.

Bartaco and Cotton Patch Café both have coconut shrimp specials, which is probably a coincidence.

Sunday is also Mother’s Day, which Bob Evans is celebrating with large platters of food and TGI Fridays is observing with The Mother of all Desserts.

Jersey Mike’s Subs has made its mushroom sub a permanent menu item, Quiznos is bringing back its cheesesteaks, and Shake Shack has some new bourbon bacon items.

Charleys Philly Steaks has a cinnamon milkshake, Hot Dog on a Stick has Jolly Rancher lemonade, Dutch Bros has some new drinks with tropical fruit (and peach and pomegranate) and Pressed has a rosé sundae.