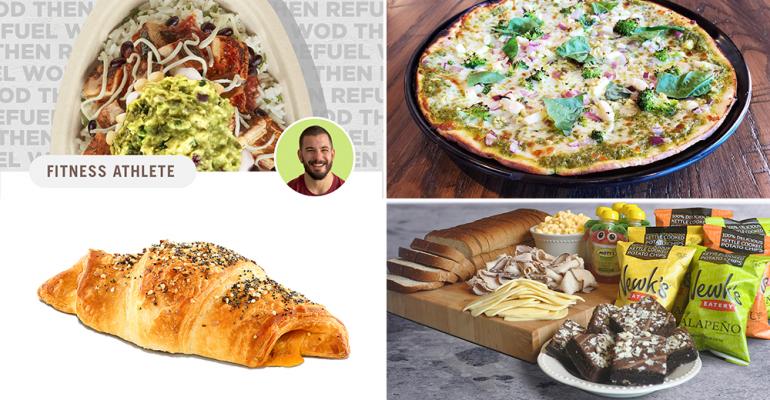 Denny’s isn’t selling pizza kits, but it has many other kits on offer for guests to cook cheeseburgers, breakfast and even a chicken-and-rice dinner for four.

Sweetcatch Poke, a small chain in New York City, is packing kits for guests to cook fried rice, shrimp and noodle salad and stir-fried tofu, among other options.

Flower Child has introduced a family meal for four to six people, and also is selling its proteins by the pound, as well as large sides and salads. Taco Del Mar is selling meals of tacos, burritos or nachos for four people, ready to assemble at home.

Other chains are rolling out more conventional new items: Chipotle has expanded its Lifestyle Bowls line with five new options; Dunkin’ has added two new sandwiches to its Croissant Stuffers offerings as well as bringing back its butter pecan coffee, Wienerschnitzel has teamed up with Froot Loops for two new desserts, and Velvet Taco has a new Weekly Taco Feature.