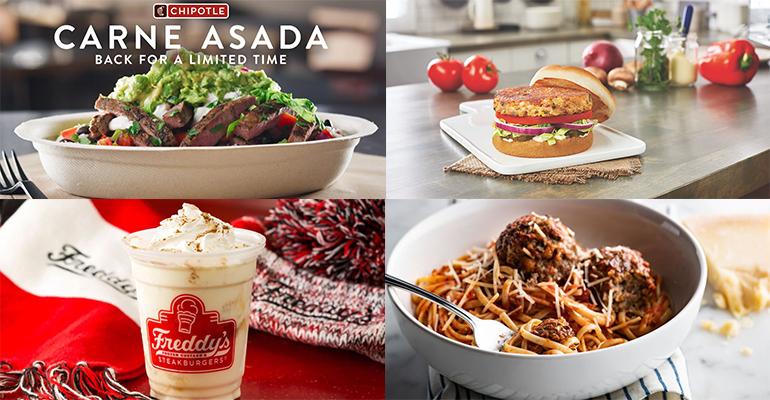 It’s a big week for tacos. Bartaco has a new one with beef braised in mezcal, among other things; Chipotle Mexican Grill is bringing back its carne asada, which obviously is available in tacos as well as in bowls, burritos and salads; Tacos 4 Life has a new fajita chicken taco, and Velvet Taco’s weekly taco feature is celebrating the end of Hatch chile season by pairing it with pulled pork and figs.

It’s also a big week in meatless options with Culver’s rolling out a Harvest Veggie Burger that it’s been developing for more than two years, and Corner Bakery has two new items featuring Beyond Meat made into meatballs. Plant Power Fast Food, meanwhile, has rolled out breakfast.

Freddy’s Frozen Custard & Steakburgers is selling a concrete with a slice of pumpkin pie blended into it and Carl’s Jr. and Hardee’s have new sandwiches with Prime rib.

This gallery has been updated with more details about the Korean BBQ Bowl at Tacos 4 Life.
Start Slideshow ›
0 comments
Hide comments
Related
Sponsored