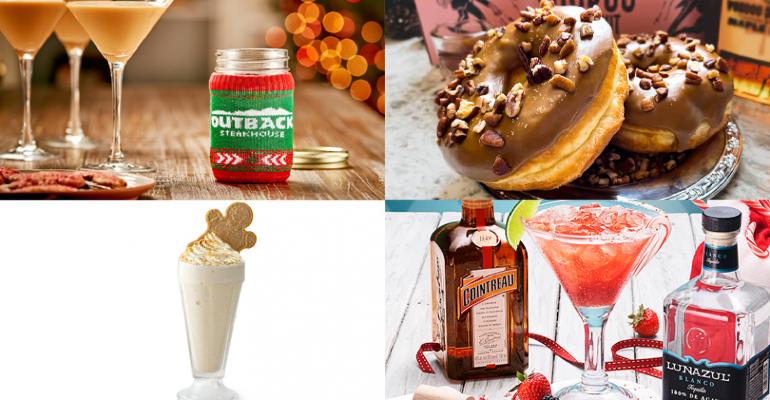 Sweetened bacon with pepper is full-on mainstream now as family-dining chain Bob Evans has added it as a permanent addition to its menu.

Mint is the key of some new items from Dolly Llama and Hopdoddy — and a new Margarita variant at Chili’s is garnished with a candy cane — while Voodoo Doughnut has another maple-driven treat.

The Thanksgiving sandwich at Miller’s Famous Sandwiches has proven to be so popular that it now has a permanent place on the menu, and Miller’s Ale House has a new mac & cheese.

Studio Movie Grill has a Spider Man-inspired soft drink, Tacodeli has spiked horchata and Tim Hortons has oat milk, but only in Canada.