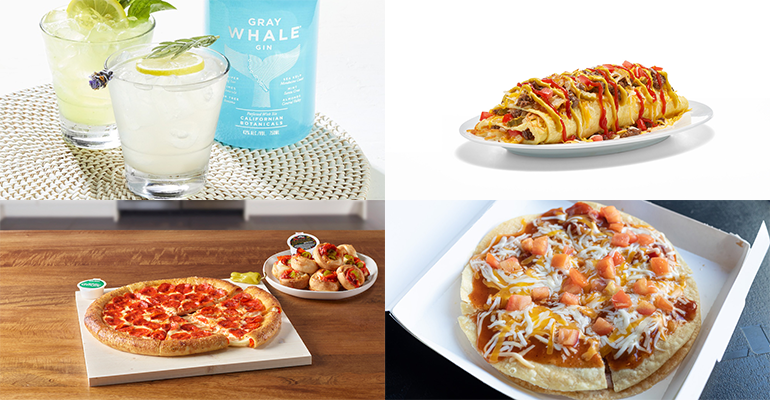 Happy Earth Day, one of many relatively new holidays that fall around this time of year, starting on March 12 and 13, the weekend before St. Patrick’s Day, which some people — bar-owners in particular — celebrate as St. Practice Day in preparation for the big drinking night. That was followed by 3/14, or Pi Day because the first three digits of that mathematical constant are 3.14. March 16 is a holiday for professional wrestling fans, who celebrate Austin 3:16, Stone Cold Steve Austin’s arguably blasphemous cooptation of that verse from the Gospel of John.

And this week, before Earth Day, we had 4/20, which for reasons that aren’t necessary to go into celebrates marijuana culture.

Taco Bell, widely regarded as a popular venue for potheads, apparently ignored the occasion but it did decide that this is the right time to bring back its beloved Mexican Pizza.

There is an entire movie about stoners on a quest to get to White Castle, but that chain also skipped the holiday and instead introduced a new slider based on the chain’s original 101-year-old recipe.

Bar Louie now has a tostada burger, which seems kind of stonerish, as does IHOP’s new cheeseburger omelet.

California Pizza Kitchen has new soups and salads, and Eureka!, Corner Bakery and Ford’s Garage have rolled out their spring menus.

Baja Fresh has hopped on the birria bandwagon, The Habit Burger Grill has a burger inspired by the Cubano sandwich and Lion’s Choice has a pulled pork sandwich.

Pizza Inn has a New York-style pepperoni pizza and Papa Johns is stuffing pepperoni into crusts and putting it in rolls.

MOD Pizza has a new pie with a person’s name, as is its custom. This is a Thai-inspired one named Jasmine.

The next minor holiday will by Star Wars Day, May the fourth.

Chick-fil-A has expanded the footprint of its Spicy Chicken Biscuit and is branching out from its version of the Arnold Palmer, called Sunjoy, to add cloudberry and cherry blossom flavors to it. In a somewhat similar vein, Del Taco now has drinks with “popping pearls” containing the flavors of kiwifruit and prickly pear.

And the next minor holiday is Star Wars Day, on May the fourth.