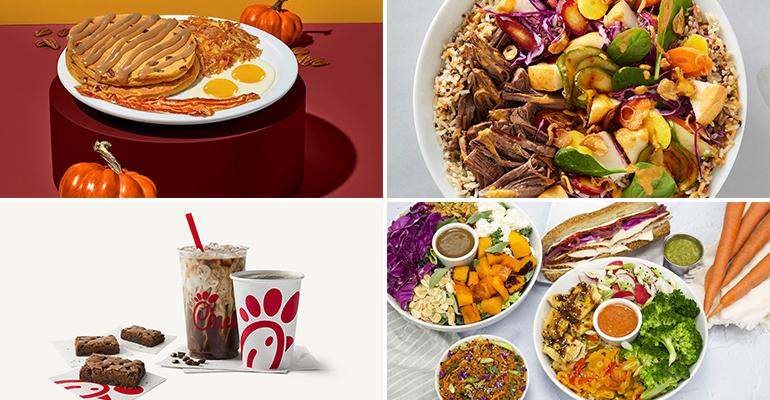 There has been a lot of accurate reporting that restaurant chains across the country are trimming, and sometimes slashing, their menus to be more efficient in the face of reduced traffic, less labor and supply-chain problems.

But chains are also launching many new items, as this extra-long Menu Tracker indicates, and some have reworked their menus with a raft of new items. The Greene Turtle recently launched a menu with entirely new categories as well as more than 20 new items. Quaker Steak & Lube has implemented massive changes in its beverage offerings and Sweetgreen has launched several new categories of curated items for customers who don’t want to customize their meals themselves.

Cotton Patch Cafe has made more modest changes in its menu, which now has chicken fried pork.

Ted’s Montana Grill is now selling raw meat for guests to cook at home and Baskin-Robbins has introduced new kits to make the cute “creature creations” that it launched in July.

There are new frozen dessert flavors from Bruster’s Real Ice Cream and Yogurtland, Chick-fil-A has a new brownie, and Tim Hortons has pumpkin spice doughnuts along with other seasonal offerings.

Panda Express, the home of orange chicken, is offering honey sesame chicken breast, Tropical Smoothie Cafe has a chicken parm flat bread, The Habit Burger Grill is serving grilled chicken on garlic ciabatta, and El Pollo Loco has launched what it claims is the first keto burrito. Moe’s Southwest Grill, meanwhile, has just launched a burrito that’s twice the size of its normal ones, and Tijuana Flats’ new burrito is filled with queso and crunchy tortilla strips.