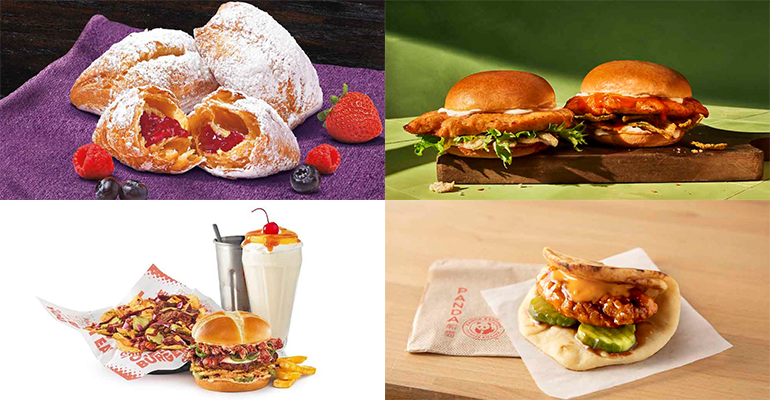 Let’s start with an anatomy lesson: Chickens have two wings. Each wing has three segments and they all have bones. Wings cannot be boneless — well, they could be, but the work involved in boning wings would make them even more cost-prohibitive than they already are. “Boneless wings” are really just breaded and fried pieces of chicken breast. They’re big nuggets.

Chickens also have two legs, the upper joint of which is called the thigh.

The thigh is not part of the wing.

Nonetheless, Atomic Wings is now selling fried chicken thighs in response to the rising cost and limited availability of chicken wings. That’s smart and they’re not the first chain to do it. However, they’re calling them “thigh wings,” which makes no sense.

Panera Bread has now joined the enormous group of chains selling chicken sandwiches. However theirs are not fried.

Panda Express is continuing with its experimentation of what else it can do with its beloved Orange Chicken. It has already tested it without chicken, using plant-based protein instead, and made it into a sandwich, which it tested at its Innovation Kitchen in Pasadena, Calif., last year. Now it’s serving it in a toasted bao wrapper, again at its Innovation Kitchen only.

Spring menus have been rolled out at Bellagreen, Everytable, First Watch, Old Chicago, Red Robin and Smokey Bones, and Rosa Mexicano has revamped its entire menu.

Bartaco is wrapping up its five-week Margarita festival with a pineapple drink, BD’s Mongolian Grill has a new vegetable-forward Buddha’s Garden Bowl and Flat Top Grill does poke and ramen now. Cinnaholic and La Madeleine has some seasonal desserts, and Popeyes has berry beignets. Carl’s Jr. is trying out South Carolina-style barbecue sauce and its sister chain, Hardee’s, is playing with sourdough in the Midwest.