Menu Tracker: New items from Burger King, Jack in the Box and Sweetgreen 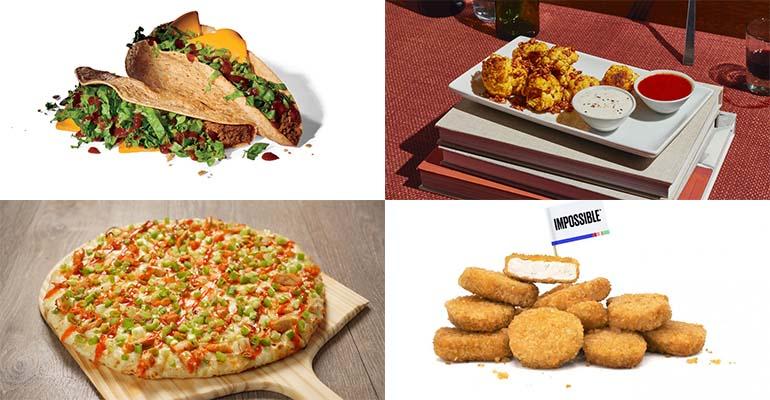 Jack in the Box is bringing back its extra-large Monster Tacos and Bojangles is reprising its pork chop biscuits.

Sweetgreen is also putting some seasonal favorites back on the menu, as well as a new side dish.

Hooters, as it does every October, which is Breast Cancer Awareness Month, is offering special cocktails with a portion of proceeds going to cancer research.

Dog Haus is continuing its string of collabs with celebrity chefs, this time for a New Orleans-themed item both through its actual restaurants and its virtual Bad Ass Breakfast Burritos

Sister chains Marble Slab Creamery and Great American Cookies are celebrating the release of the new My Little Pony movie with special treats, and Bruster’s Real Ice Cream has three autumnal flavors for the month.

Dos Toros is selling shrimp now, Fazoli’s has a line of mac & cheese and Firehouse Subs has a Cubano.

Friendly’s has new stir-fried dishes, Flower Child has a squash-and-Brussels-sprouts salad and Mountain Mike’s Pizza has a new item with Buffalo Chicken.

On the Border has new Smokehouse Fajitas, Velvet Taco has a jalapeño sausage taco, Newk’s Eatery has a new cheesesteak, among other things, and Wayback Burgers has a bourbon bacon LTO.

MOD Pizza has introduced its latest Squad Cake, proceeds of which go to employees in need.