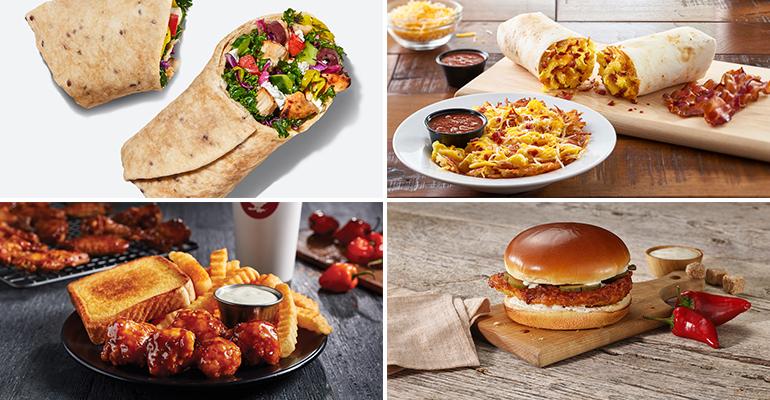 Boston Market has thrown its hat in the giant ring of chains selling fried chicken sandwiches, and Bojangles is reporting a surge in popularity of the Uva, a “secret” chicken biscuit item named for Columbia, S.C., sportscaster Mike Uva, who got it accidentally. The Habit Burger Grill has new chicken bites with extra crunch, and Zaxby’s has a new saucer for its fried chicken tenders. Teriyaki Madness has a new sweet-and-spicy "Mad Sauce."

IHOP, for its part, is now selling burritos and burrito bowls. Marco’s Pizza has expanded its pizza bowl offerings to include a build-your-own option.

Luna Grill is taking its Modern Greek Chicken Salad and serving it as a wrap, with cabbage instead of lettuce so that it will travel better.

In vegan news, Pollo Tropical has a new picadillo made with Beyond Meat, and Toppers Pizza has added a dairy-free version of its Topperstix to its menu.