Availability: Every Friday through April 2

Beef Battered Fish Sandwich: Battered and fried Icelandic haddock with shredded iceberg lettuce and tartare sauce on a bun with a side of coleslaw, $11.79

Chicken Sandwich: Fried chicken breast in choice of original or spicy breading on a toasted potato bun with pickles and a proprietary signature sauce that includes the smoke note that’s also present in the chain’s hamburgers, price varies by location

Availability:  Tested last year in Gainesville and Miami, Fla.; Huntsville, Ala.; and Phoenix; currently in test in unspecified markets with plans to roll it out nationally later this year

Beer-Battered Fish Sandwich: Beer-battered and fried fish fillet topped with tartar sauce and shredded lettuce on a toasted bun, around $3.29

Beer-Battered Fish Sandwich: Beer-battered and fried fish fillet topped with tartar sauce and leaf lettuce on a toasted seeded bun, around $3.29 or two for $5

Availability: Permanent if it sells well

Crispy Cod Sammie: Double beer-battered and fried North Atlantic cod at one of six spice levels, from Southern (no heat) to Fire-In Da Hole (very spicy) topped with sweet vinegar slaw, pickles and Bama White Dippin’ Sauce on a bun with choice of side, $9.50

Crispy Cod Plate: Two piece of fried cod at guests’ choice of spice level on white bread with Bama White Dippin’ Sauce and one side for $10.50 or two sides for $11.50

Availability: Wed.-Fri. through Lent, except in Florida where they’re available every day through April 4

Mars Doughnut: Chocolate Kreme-filled doughnut dipped in caramel icing with a red swirl, sprinkled with chocolate cookie crumbs arranged to look like Mars in partial shadow, price varies by location unless you’re one of the nearly 11 million people who participated in NASA’s “Send Your Name to Mars” program and therefore have your name on board Perseverance, in which case it’s free

Availability: Feb. 18 only, in celebration of the landing of NASA’s Perseverance Rover on Mars

Availability: At least through March, but in Florida restaurants only

Congee: Chicken simmered in ginger broth thickened with rice and topped with crispy chicken skin and a poached egg, $4.95 for 8 ounces and $7.95 for 12 ounces

Availability: Through the end of spring

Availability: The melt is available through April 30, but Impossible Burger is now a permanent option on the menu

Shrimp Nibblers: Butterflied shrimp in buttermilk-flavored batter, $3.29 for a small order, $5.99 for a medium and $8.99 for a sack 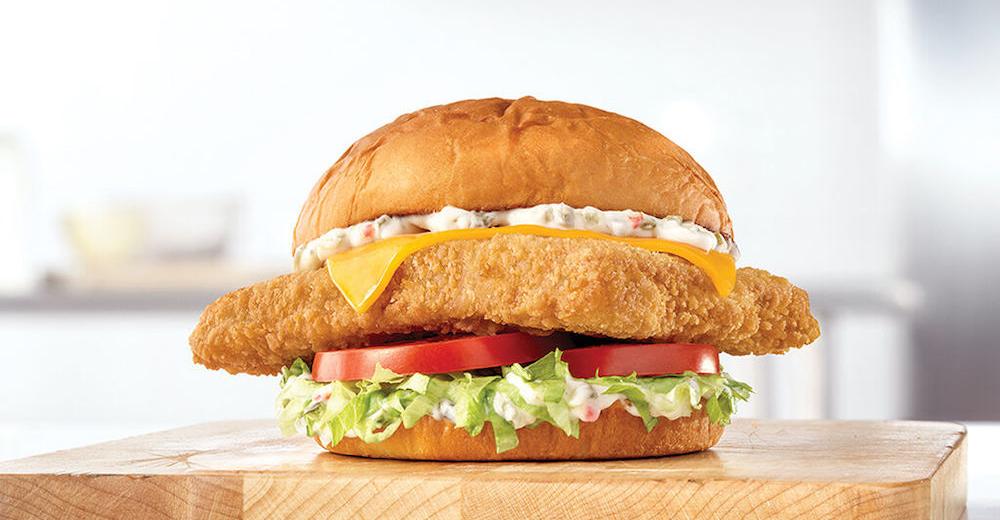