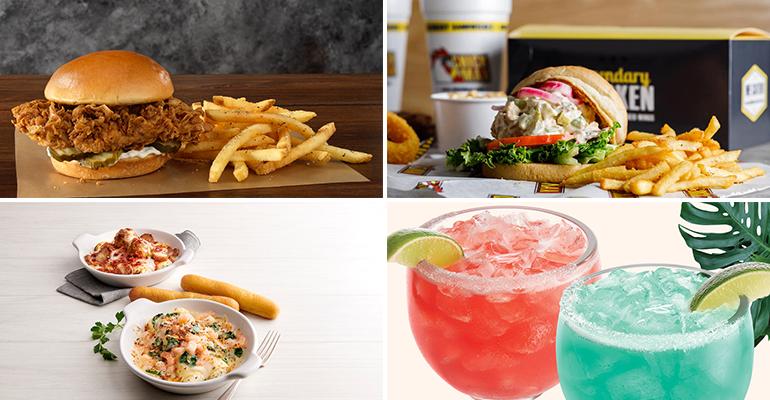 Long John Silver’s is experimenting with seafood-free crab and fish made with legumes. That would be huge news if it were being tested systemwide, but it’s only in five locations at the moment. It’s worthy of note of course, which is exactly what we’re doing here.

Logan’s Roadhoouse has a new actual seafood dish on the menu in the form of American farm-raised catfish, and Velvet Taco wanted to use lobster in its Weekly Taco Feature, but it ran into supply issues and is instead reprising its Chicken Cordon Bleu Taco, last seen in March.