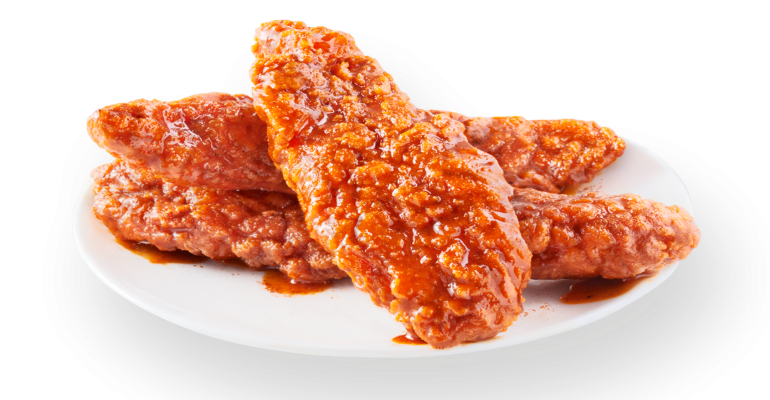 Panda Express is taking menu innovation to a new level with the introduction of a spicy handheld fried chicken dish that meets two major culinary goals for the chain: portability and customization.

Three years in the making, Sichuan Hot Chicken debuts nationwide July 17 at Panda Express. The five-inch long chicken strips, available for a limited time, are fried and tossed in a Sichuan peppercorn oil-based glaze. It’s the first time the brand has ever used the “iconic” peppercorn ingredient in any dish, said Jimmy Wang, head of culinary innovation at the chain whose parent company is Rosemead, Calif.-based Panda Restaurant Group Inc.

During a media event July 10 at the chain’s headquarters, Wang said the LTO dish is a breakthrough product for the brand.

It’s the first time the chain, whose most popular protein is chicken, will be serving chicken raised without antibiotics.

It also breaks a heat record on the menu. 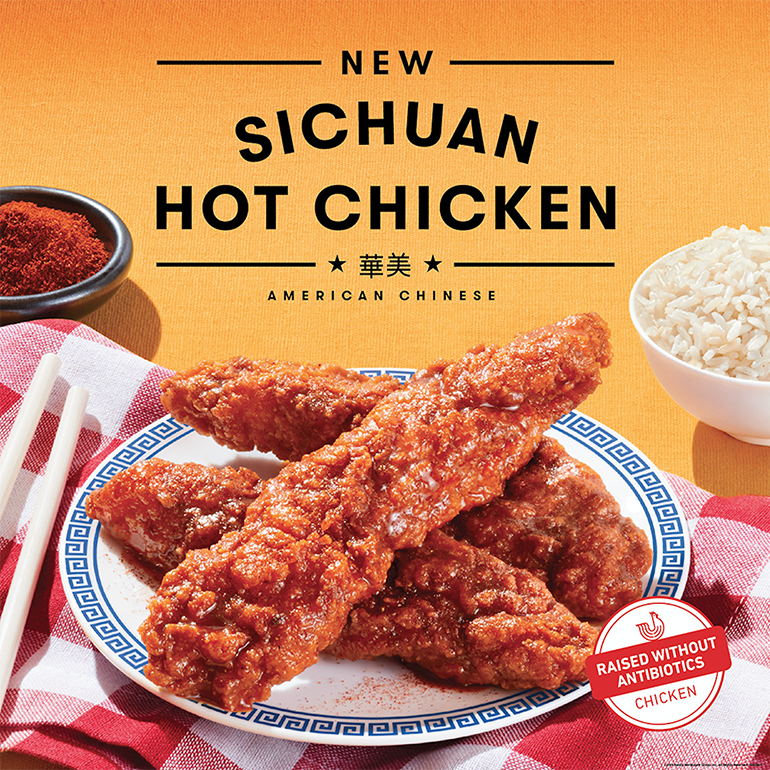 Customers have the option to turn up the tingling heat of the dish by asking for extra Sichuan spices drizzled on top of the lightly breaded strips. With the additional shake of dry spices, Wang said the Sichuan Hot Chicken beats the heat level of the brand’s spiciest dish: kung pao chicken.

“Without it, it’s about the [same heat] level of our kung pao chicken,” Wang said.

The LTO comes after three years of trial and error.

Wang and his culinary team traveled to Chengdu, China, the capital of the Sichuan province, and various restaurants in Tennessee, South Carolina and North Carolina to taste various flavor profiles and chicken forms. His favorite? The hot chicken at the iconic Prince's Hot Chicken Shack, a pioneer of Nashville hot chicken. 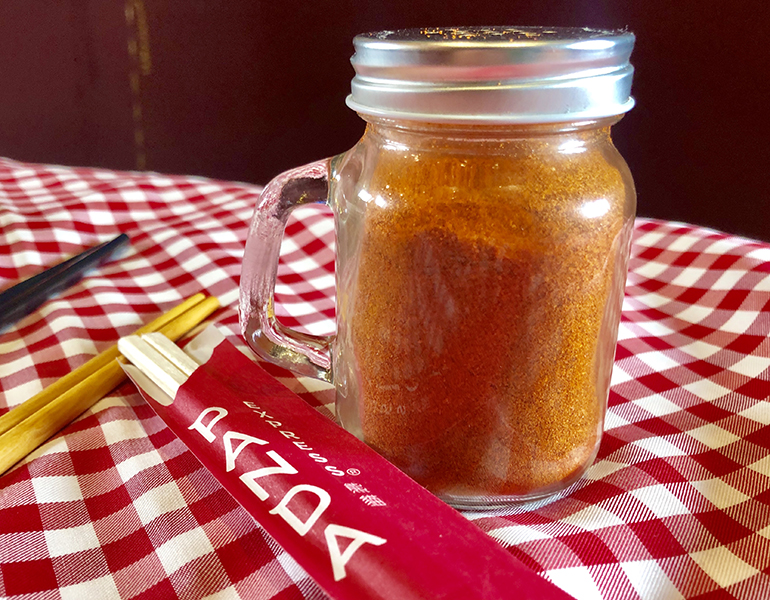 Wang said the dish is a hybrid of two cultures as it takes on the form of Nashville hot chicken but with the numbing spice level inspired by mala, an oily, Sichuan peppercorn sauce.

After nailing down the flavor profile, Wang said he had to test chicken platforms.

Early testing a few years ago included hot chicken in the form of wings and “chunky” boneless chicken nuggets. But those iterations didn’t go over well with consumers, he said. Last year, the brand tested chicken strips in various markets, which led to this month's nationwide rollout.

“The winner is really the chicken strip,” he said. “People can see themselves in eating this as a snack or as a meal.”

To promote the launch of Sichuan Hot Chicken, Panda Express is operating a pop-up lounge during the annual Comic-Con convention in San Diego, Calif., next week. The pop up, dubbed Pep–Pep’s Sichuan Hot Stop, will be open to the public from 11 a.m. to 5 p.m. daily July 18-20.

Convention-goers will be able to stop by the interactive space to relax and try free samples of the new hot chicken dish, the company said.

The a la carte price ranges from $4.40-$4.90, depending on the location. Panda Express has more than 2,200 units nationwide and abroad.

Update, June 12: This story has been updated to include the price of the new hot chicken dish and Panda's current store count.