Flavor of the Week: Ramps — the wild onions of springtime 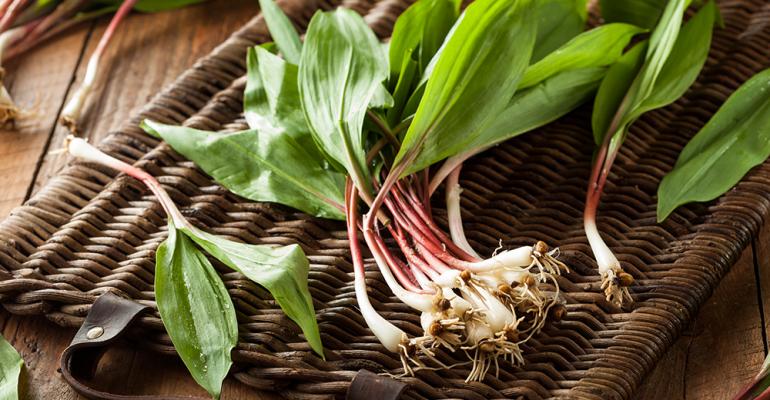 Ramps are a species of wild onion with green leaves and white and pink roots that, to many chefs, announce the arrival of spring. At this time of year foragers bring these vegetables — which have flavors all their own, but are reminiscent of sweet onion and garlic — to farmers markets, and chefs put them on menus to accompany entrées, or incorporated into butter, pesto and much more. They also pickle them for use later in the year.

Calçots, a European cousin of ramps, are harvested in Catalonia at this time of year and are greeted with festivals in their honor.

Related: Flavor of the Week: The vegan MVP: Nutritional Yeast

Market research firm Datassential reports that ramps are found on 1.1% of menus in the United States, skewing toward independent operators and fine dining restaurants, and that 8% of the population has tried them, with awareness being highest among Hispanic consumers.

Click through the gallery to learn more about this Flavor of the Week and see how one restaurant is using ramps on its menu.